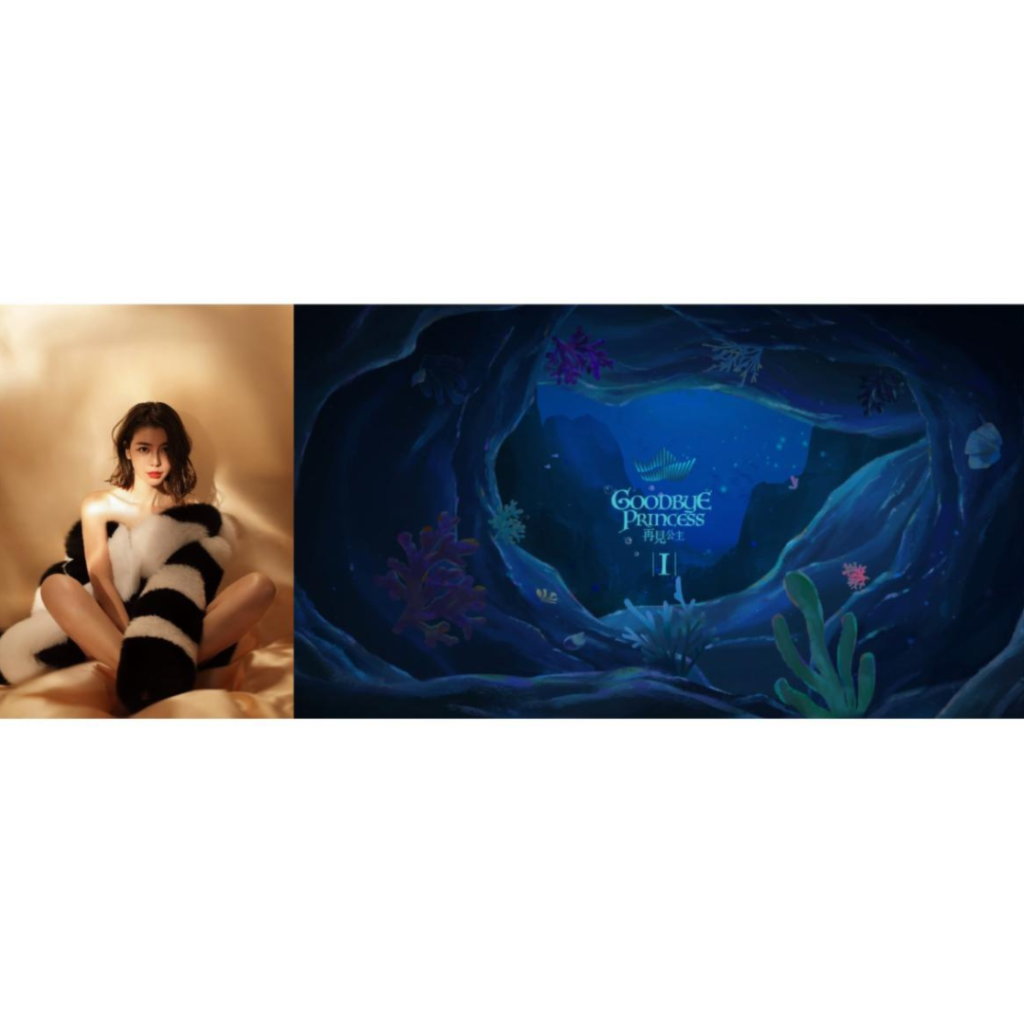 The animation series centred around the underlying message of Tia’s soon-to-be launched new song, ”GOODBYE PRINCESS”, a song tailored for all females to become stronger through embracing their true selves.

The six animated episodes are based on Tia’s journey in the entertainment industry. Each 30-second episode takes inspiration from classic “princess” fairy tale, subverting the symbols and images in it, to form a story that is both full of imagination and saturated with the ideas of metamorphosis and self-empowerment.

The animation series aims to showcase Tia’s determination to break out of stereotypes, shake off biases, avoid negativity and set an example for female empowerment.

The Award-Winning Animation Team behind the Animation Series

Inspired by ”GOODBYE PRINCESS”, the animation series was curated, illustrated and scripted by a Hong Kong based award-winning team that demonstrated exquisite quality, creativity and enthusiasm.

Director and Project Consultant: Sunny Tang – an award-winning animation director with over 20 years of experience. He has won both the Best Animation Award and the Best Editing Award at the Hong Kong Mobile Film Festival, and the Best Digital Entertainment Award Gold Award at the Hong Kong ICT Awards. His international accolades include the 23rd Japan TBS DigiCon6 – Merit Award and the 16th Japan TBS DigiCon6 – Regional Award for recognition of effort in Hong Kong. His credits list includes The Great Detective Sherlock Holmes – The Greatest Jail-Breaker, Teenage Mutant Ninja Turtles, Kung Fu Hustle, The Promise, Gatchman and Astro Boy.

Scriptwriter: Alex Lee – scriptwriter of the movie In Broad Daylight and the ViuTV television hit series ‘In Geek We Trust’. He also directed the Ritalin series, which was celebrated as part of the 2021 Golden Horse Film Project Promotion’s Series Section.

Arranged by: Wan Pin Chu – a Hong Kong-based film score artist and urhuist. He is known to have scored the music for the highest-grossing animated film in China Nezha: Birth of the Demon Child. In addition, he has scored the music for other blockbusters such as Overheard 3, Wu Kong, Godzilla II: King of the Monsters, and In Geek We Trust.

Each episode will be further illustrated and expounded upon by a thematic poster that sums up the theme and message that Tia wishes to communicate through each animated episode. The cinematic design of the six posters will echo one another and will be released on Tia’s social platforms the day after release of each animation.

Innovatively, a motion image and photography of Tia will also be released after each episode to reinforce the story that Tia wishes to tell. Featuring Tia, the imagery of the photography and motion images aims to create a strong contrast between animation and reality.

The motion image and photography of the first episode, “Falling in the Deep” will show Tia completely submerged under water.

The masterminds behind the extraordinary production of the motion images and photography series are two of the world’s leading creative professionals – Tony C. Miller as Creative Director, and Kate Wynborne (renowned in the international advertising and film industry) as Producer.

Tony C. Miller has over 20 years of global experience in producing commercials, music videos, documentaries and films. He has worked on advertising campaigns for brands such as Versace, Dior, Chopard, Issey Miyake and Rolls Royce. He has also been nominated for the Best Video Q Award and Best Video at the Music Video Awards (MVA’s), and was recognised at both the Global Independent Film Awards and the New York Shorts International Film Festival 2020.

Kate Wynborne is a seasoned producer, with over two decades of experience in music videos, commercials and fashion productions worldwide. Based in Southeast Asia and having managed productions across multiple countries, Kate has worked on large-budget campaigns with Apple, Versace, Nike and Facebook. She has also worked alongside numerous renowned directors like Tom Hooper (best known for his British film The King’s Speech), as well as other A-list artists.

Tia Lee (李毓芬), born in Taipei, is an Asian pop singer, film and television actress, model, and former member of the girl band Dream Girls. In addition to her acting roles and musical career, Tia appears frequently at major fashion shows. As a fashion icon and trend-setter, Tia has graced the covers of fashion, beauty and lifestyle magazines such as Vogue, Elle, Marie Claire, and shares her beauty and fashion tips through a number of Vogue’s social media channels.

Safeguarding democracy: why digital transformation of the electoral process is critical