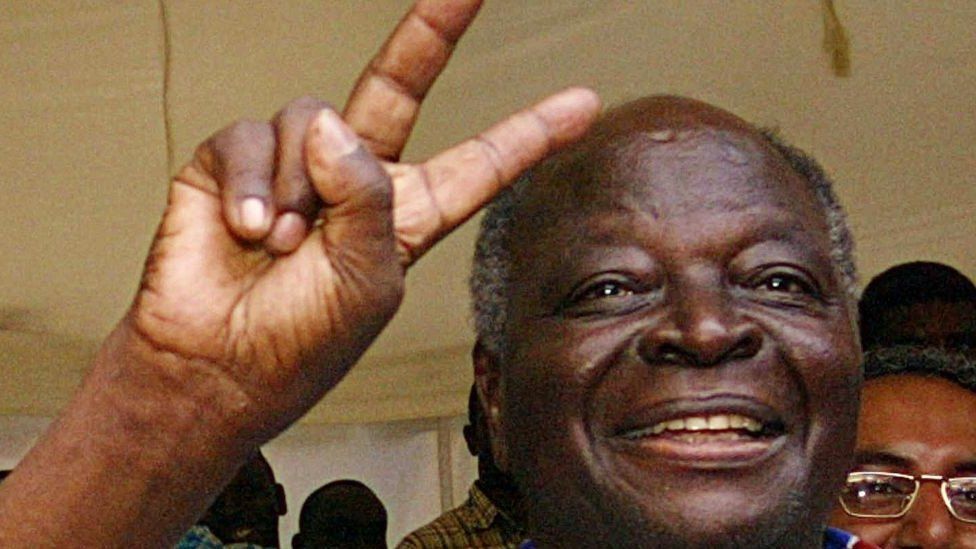 Kenyans are paying tribute to their former president, Mwai Kibaki, who died at the age of 90.

The election of President Kibaki in 2002 ended 40 years of one-party rule since independence.

Mr Kibaki was noted for his liberal reforms, which revived Kenya’s ailing economy, however he was accused of not doing enough to tackle rampant corruption.

His 2007 re-election also sparked months of nationwide violence and led to 1,200 deaths.

President Kenyatta led the tributes, saying Mr Kibaki had “led the charge to keep the ruling party accountable” and had “earned the abiding respect and affection” of this nation.

The president declared a mourning period until Mr Kibaki’s burial, with the flying of flags at half-mast.

Some Kenyans are remembering him for fostering unity as well as the high economic growth that Kenya experienced after he took over as president from 2003.

The opposition ODM party tweets that he will be “remembered for initiating economic and infrastructural transformation and ensuring the completion of the constitution reforms process”.


“No one was better than Kibaki in creating team spirit among his ministers,” said Mr Odinga.

Kibaki formed a coalition government with Mr Odinga following nationwide violence sparked by claims of irregularities in the 2007 general election.

Opposition leader Kalonzo Musyoka, who served as Mr Kibaki’s vice-president from 2007 to 2013, has called him an iconic father figure.