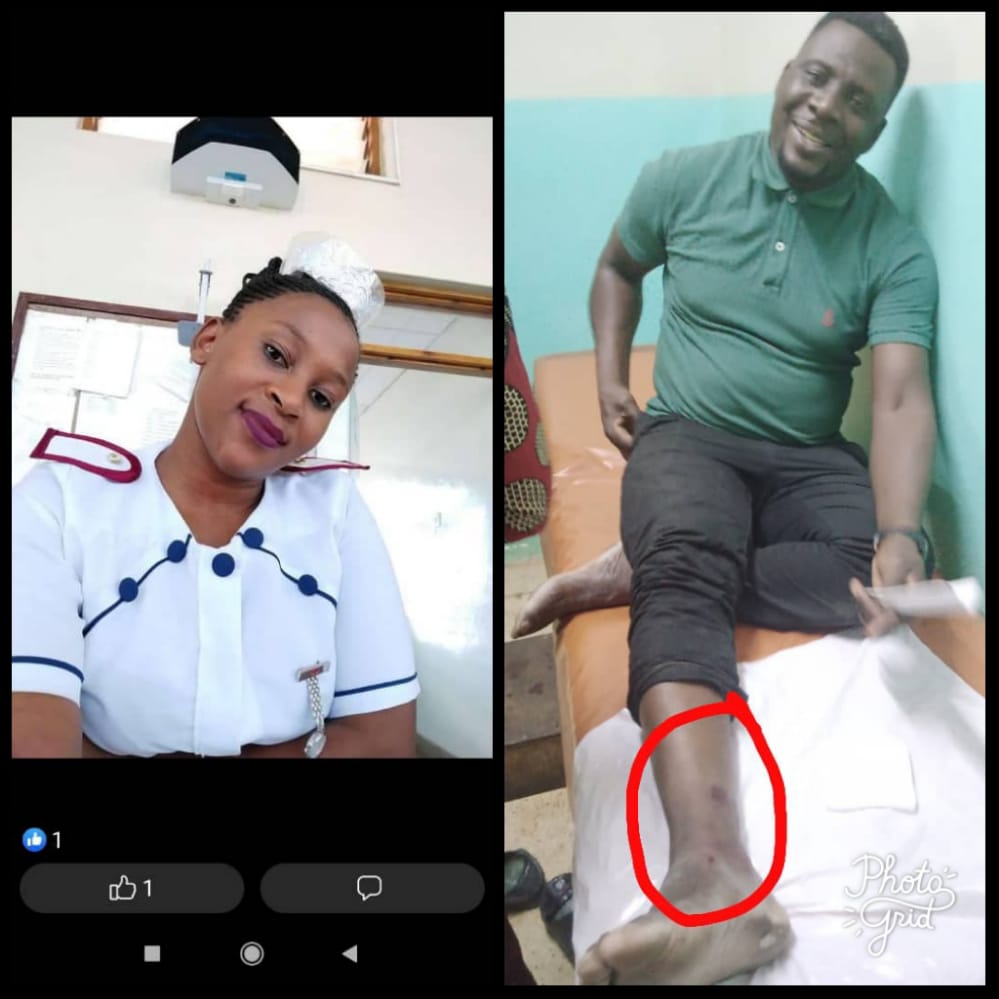 MANGOCHI-(MaraviPost)-There was drama on Wednesday, night, May 19, 2021 at Mangochi boma when two men exchanged gun bullets over a nurse the two are in love with.

The development comes after the nurse’s got engaged to another man who is abroad for further studies.

This publication understands that Police in Mangochi are keeping in custody one of the two men for the fracas.

The suspected identified as former chairperson of Muhlakho wa Alhomwe, Muchana Mpuluka is police hands for allegedly shooting at a man whom he found at his girlfriend’s house at Mwanyama Village in Mangochi.

Mangochi Police identified the victim as Edward Mbalasa of Mapira Village, T/A Mponda in the district.

Mangochi Police deputy spokesperson, Amina Daudi told The Maravi Post that the victim is in a love affair with a nurse (name withheld) who works at Mangochi District Hospital, who is also in a relationship with Mpuluka.

“On Wednesday night, Mpuluka arrived at his girlfriend’s house, only to find the victim chatting with the woman inside her bedroom,” says police publicist

Daudi said in the course of confrontation, Mpuluka fired some gun shots, injuring the victim on his right foot in the process.

When the victim escaped, Mpuluka allegedly fired some shots at the victim’s vehicle before leaving the scene.

However, Mpuluka handed himself over to Police on Thursday morning, May 20 and he will appear in court tomorrow to face changes of acts intending to cause grievous harm and malicious damage.