HomeRegionalTop NewsWhy Chakwera been sworn-in as an MP amid election battle in court?
Top News

Why Chakwera been sworn-in as an MP amid election battle in court? 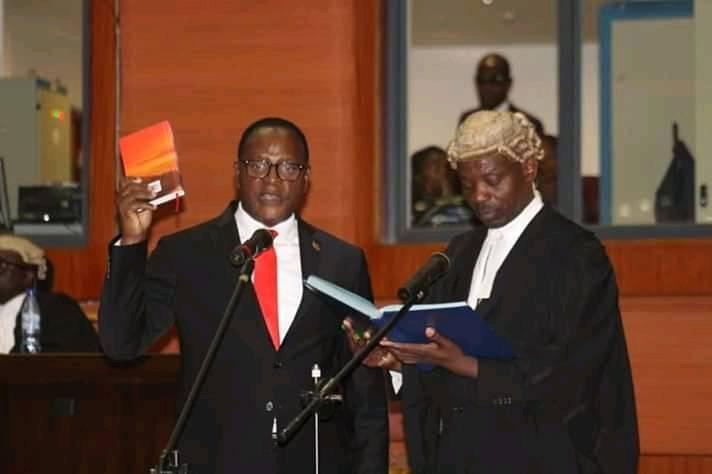 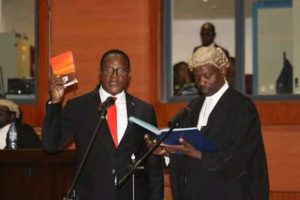 LILONGWE-(MaraviPost)-Malawi Congress Party (MCP) president Lazarus Chakwera, who is disputing results of the May 21 presidential race on Monday was sworn in as a member of Parliament on Monday for his Lilongwe Northwest constituency.

The MCP leader has represented Lilongwe South West since 2014 soon after joining politics.

Million question put across on Chakwera’s head? Why been sworn-in amid court battles on May 21 polls? Does it mean he has accepted the defeat already on the ongoing presidential race? Why is Chakwera interested on being a lawmaker than the presidency he has been vying for? Isnt this hypocrisy? And why not taking a board step to decline this lawmaker role to set an example?

Chakwera, 64, is set for a fresh term as leader of opposition in parliament, the role he served for the last five years,If his party the MCP will allow him to continue as its leader after losing two consecutive Elections.

The opposition leader took an oath of office and oath of allegiance.

His party supporters in the gallery chanted ‘ boma! boma!’ perhaps failure to accept that their candidate came second on the presidential poll.

According to Malawi laws, one cannot be an MP at the same time serving as President or Vice-president.

A section of new Members of Parliament swore before God to well and truly to serve the Republic of Malawi while doing right to all manner of people in accordance with the laws of manner and without fear or favour.

Ironically, while Chakwera and his MCP are contesting the validity of the May 21 presidential poll results, arguing it was marred by irregularities, including the use of Tippex on election results sheets, they have not disputed legislative and local government poll results conducted by the same Malawi Electoral Commission (MEC).

Apparently by swearing in, Chakwera appears to accept the results announced by the MEC in the parliamentary race throwing the credibility of his challenge against the polls  results into question.

Tippex was not part of MEC inventory and in two separate press briefings, MEC chairperson Jane Ansah admitted the electoral body was equally shocked by its use in the elections.

MEC declared President Peter Mutharika winner of the presidential election on May 28.

Meanwhile, Mutharika has asked Chakwera and other opposition leaders to accept the election results, blamed MCP for tarnishing the country’s image and causing “unnecessary tension” through post-election violence.

“An election, just as any competition has one winner, as such Chakwera should live up to his promise of honouring the people’s will,” said the President at  a political rally at St Augustine 3 Primary School in Mangochi monitored by Nyasa Times on public broadcaster MBC .

“We signed and agreed to the Electoral Code of Conduct which compelled us to agree to poll results. Reverend Chakwera should do that for the sake prosperity.”