“Not only are the majority of rich countries failing to provide healthy environments for children within their borders, they are also contributing to the destruction of children’s environments in other parts of the world,” said Gunilla Olsson, Director of the UNICEF Office of Research – Innocenti.

This is the world the majority of wealthy countries are creating for children.

Indicators include exposure to harmful pollutants, such as toxic air, pesticides, damp and lead; access to light, green spaces and safe roads; and countries’ contributions to the climate crisis, resource consumption, and e-waste dumping.

The report states that if the entire world consumed resources at the rate of OECD and EU countries, the equivalent of 3.3 earths would be needed to keep up with consumption levels.

If it were at the rate at which people in Canada, Luxembourg and the United States do, at least five earths would be needed, according to the report.

Not in your own backyard

While Spain, Ireland and Portugal feature at the overall top of the list, all OECD and EU countries are failing to provide healthy environments for all children across all indicators.

Based on CO2 emissions, e-waste and overall resource consumption per capita, Australia, Belgium, Canada and the United States are among other wealthy countries that rank low on creating a healthy environment for children within and beyond their borders.

Meanwhile, Finland, Iceland and Norway are among those that provide healthier environments for their country’s children but disproportionately contribute to destroying the global environment.

“In some cases we are seeing countries providing relatively healthy environments for children at home while being among the top contributors to pollutants that are destroying children’s environments abroad,” attested Gunilla Olsson, Director of UNICEF Office of Research

In contrast, the least wealthy OECD and EU countries in Latin America and Europe, have a much lower impact on the wider world.

Over 20 million children in this group, have elevated levels of lead – one of the most dangerous environmental toxic substances – in their blood.

In Iceland, Latvia, Portugal and the United Kingdom, one in five children is exposed to damp and mould at home; while in Cyprus, Hungary and Turkey, that number rises to more than one in four.

Many children are breathing toxic air both in and outside of their homes.

More than one in 12 children in Belgium, Czech Republic, Israel and Poland and are exposed to high pesticide pollution, which has been linked with cancer – including childhood leukaemia – and can harm vital body systems. 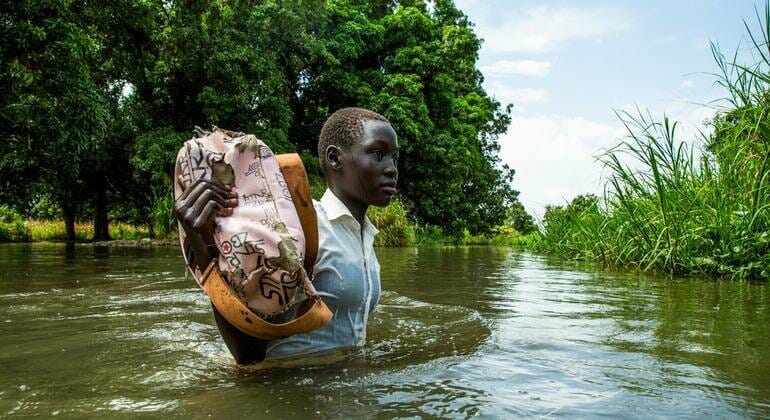 Like it? Share it!
Tedros re-elected to lead the World Health Organization < Previous
Egyptian tycoon gets 3 years in prison for “sexual assault” Next >
Latest News From Malawi
Headlines From: The Maravi Post