You are here: Home » Regional » African Union meets over political crisis in Chad 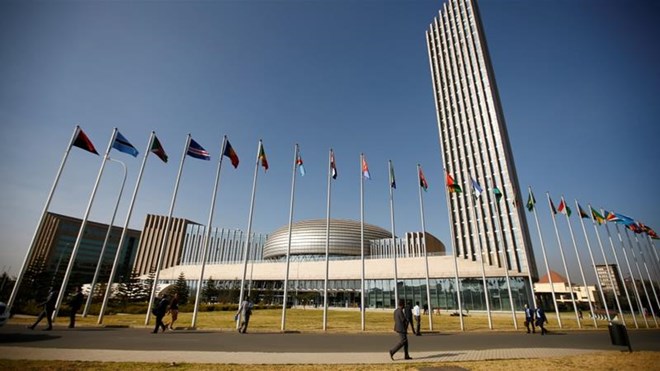 
The African Union’s peace and security council is meeting on Thursday to discuss the political crisis in Chad.

It follows what analysts say is a subtle military takeover after the death of the country’s leader, Idriss Déby.

President Idriss Déby died during clashes with rebels who were advancing unto the country’s capital over the weekend.

The army appointed President Idriss Déby’s son, Mahamat to take over, a move that has been rejected by the opposition politicians in Chad.

Major opposition parties on Wednesday denounced what they called an “institutional coup d’etat.”

The political parties in statement have called “for the installation of a transition led by civilians… through inclusive dialogue.”

The African Union is hoping to find a resolution to the ensuing crisis in Chad to restore democratic rule there.

On Monday, provisional results from the election on 11 April projected Deby as winner with 80% of the vote.

He was set to secure a sixth term in office before his death. Déby was one of Africa’s longest-serving leaders.


The government and parliament have been dissolved with a military council now set to govern for the next 18 months.

The 68-year-old Deby is a former army officer who came to power in 1990 after he overthrew autocratic leader Hissene Habre.

He has played a key role in the fight against Islamist militants in West and Central Africa during his presidency.

Chad under Deby is also one of the largest contributors to the UN peacekeeping mission in Mali.

Like it? Share it!
Crimea’s heartless man rapes, drowns stepdaughter after her mother asked for divorce: Gets life sentence < Previous
Major Sports Events To Bet On In 2021 Next >
Latest News From Malawi
Headlines From: The Maravi Post