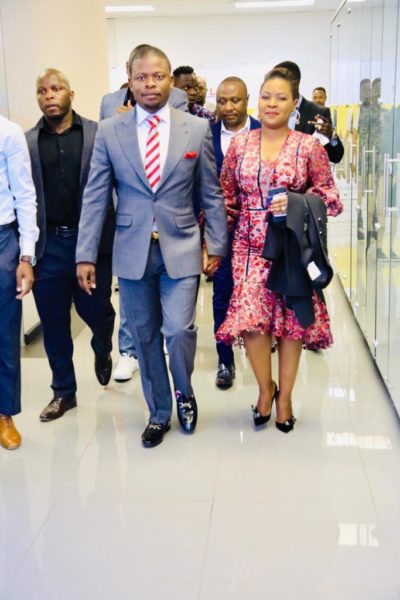 GABORONE-(MaraviPost)-In a very fascinating turn of events, the government of Botswana which, in 2017 placed a visa restriction order on South Africa-based Malawian prophet Shepherd Bushiri of the Enlightened Christian Gathering (ECG) when entering the country, is expected to lift the ban.

Directorate of Intelligence and Security Services (DIS) Director General Peter Magosi confirmed to that they are in the process of reviewing Prophet Bushiri’s visa restriction among others.

The move has since excited tens of thousands of ECG members in the country.

The country has over 600 000 ECG members and followers.

Botswana ordered the 36-year-old Prophet to apply for VISA, despite Malawi nationals not needing one. The matter did not end there. The government even threatened to ban the church itself which was already thriving and with tens of thousands of members.

The government had argued that Prophet Bushiri was a ‘security threat’.

Paradoxically, however, the current President of Botswana, Mokgweetsi Masisi is expected to lift the ban. A move that has been welcomed by Christians, globally.

According to reports, the announcement is expected to be made before the Botswana’s 2019 General Elections.

Prophet Bushiri’s spokesperson, Ephraim Nyondo earlier said the Church is elated by the news and is happy that God has shown that he fights for his servants and restores whatever Satan steals.

Bushiri  has more than 2.3 million likes on Facebook and boost a record of filled Johannesburg’s FNB Stadium and many gigantic stadia in Africa for his crusades.

The church leader is known as much for his lavish lifestyle as for his successful ministry, which stretches across Africa and has branches in United States, Australia, India and United Arab Emirates.