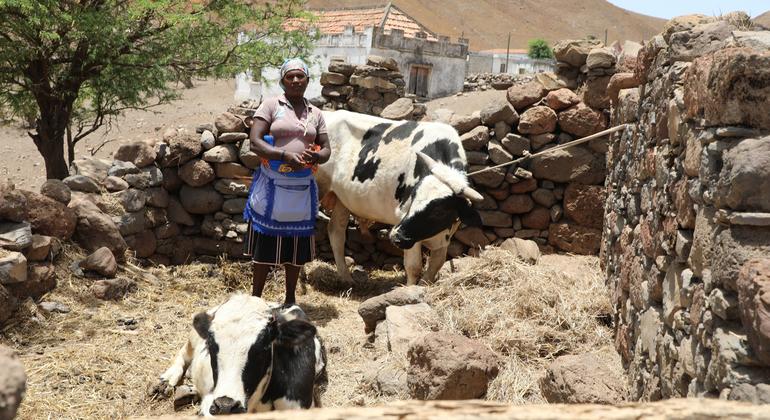 Recent hard-won gains in food security and nutrition are at risk, the UN agency said, forcing the government this week to declare a social and economic emergency.

Unless urgent action is taken, the crisis will severely disrupt food access and agricultural production, putting more lives in jeopardy as the country depends largely on food imports to meet its needs.

“The current levels of food insecurity are unprecedented. Unless appropriate measures are urgently taken, the local agricultural production, livestock and the livelihoods of rural communities are under severe threat,” said Dr. Gouantoueu Robert Guei, FAO Sub-Regional Coordinator for West Africa and its representative in Senegal.

The crisis is driven by a combination of factors, including years of drought, which have led to significant drops in food production and losses of grazing land.

COVID-19 also dealt a severe blow as the country is heavily dependent on tourism, which accounts for more than 60 per cent of its gross domestic product, while nearly 70 per cent of the population is employed in the sector.

The pandemic has disrupted the economy, resulting in a nearly 80 per cent decline in tourism revenues in only two years.

The situation has been further exacerbated by ripple effects from the war in Ukraine, which is affecting global food and energy markets, disrupting supply chains, and causing sharp spikes in food prices.  The poorest people have been disproportionately impacted.

In April, WFP,  together with the Cabo Verde government and sister UN agency, the Food and Agriculture Organization (FAO), conducted an assessment mission in the country.

Results showed that vulnerable families in rural areas are reducing the number of their meals and eating less, sometimes only once a day, as food stocks are dwindling and food prices reach record highs.

Furthermore, farmers are selling off their livestock, and reducing milk and cheese production. The country also experienced a 34 per cent rainfall deficit last season, resulting in the highest cereal production drop in the region in 2021 last year, with a staggering 93 per cent cut in production.

The programme is also now at risk of being put on hold because the government is unable to supply all the required goods.

“It is critical that we come together now to support the Government in maintaining essential social safety net programmes and meeting the immediate food and nutrition needs of the most vulnerable communities.”

Like it? Share it!
Dakar Biennale art event comes to an end < Previous
Monkeypox: Amid uncertainty, global situation ‘cannot be ignored’ says WHO chief Next >