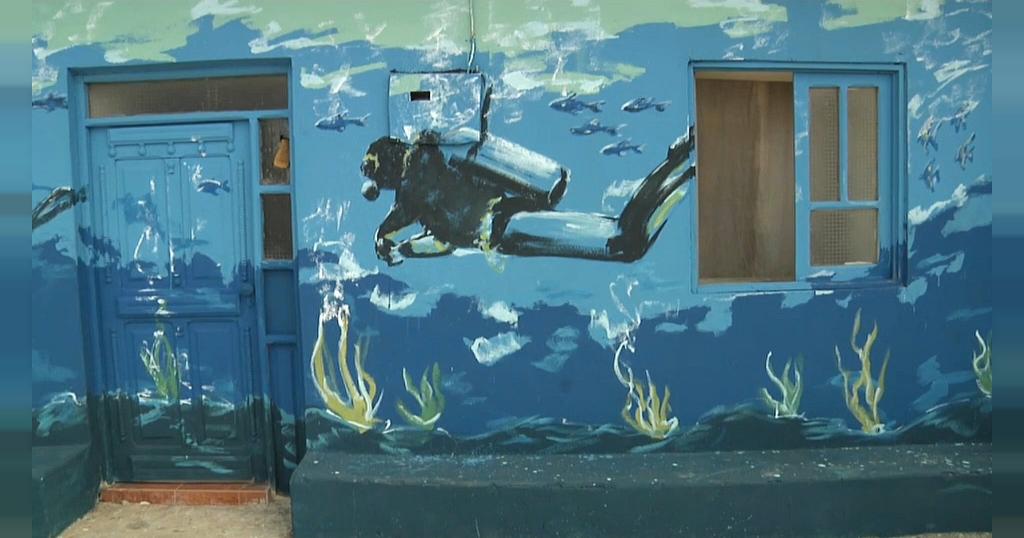 Aquatic Murals for a Cause

Beautiful images of aquatic life can be seen painted on the facades of 13 houses in Porto Mosquito, a fishing village 20km from Praia the capital of Cape Verde.

Inspired by the French naval officer, Jacques Cousteau, the murals are part of an environmental project by the 2013-founded Lantuna Association operating in the Baía do Inferno.

Ana Veiga, the executive director of the Lantuna Association, shares the evolution of the project and its underlying purpose.

“The first mural we did, in 2018, was to raise people’s awareness about the conservation of seabirds. Then the idea was born to grab an international figure, who was in the Baía do Inferno in 1948, together with the biologist Théodore Monod and the physicist Auguste Piccard, to sensitise the community and also to make the village of Porto Mosquito a tourist reference.”

The association works with locals on marine conservation and terrestrial biodiversity.

Nazolino Cabral, a Porto Mosquito resident, has noticed a difference in the collective mentality of the locals as far as their responsibility towards the environment.

“We are more conscious of protecting our ocean. We did garbage collection, we were encouraged and the population is well up-to-date on how to organize garbage ”.

In spite of the pandemic, the project sees great local participation and is gaining speed with the painting of the last murals by Cape Verdean artists — Hélder Cardoso, Tutu Sousa, Admire Innocent and Tony Caia. 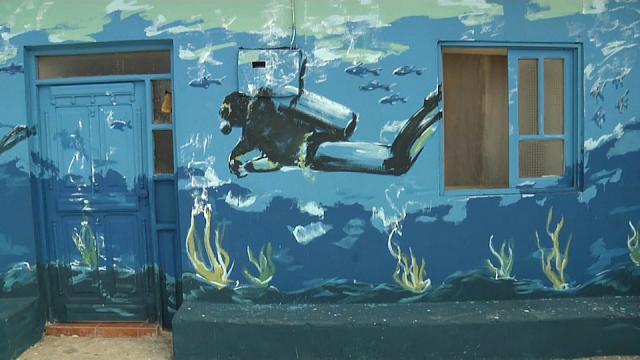 Like it? Share it!
Shameless Nigerian Fashion Enterpreneur Toyin Lawani goes nude to show off lovely body art to mark 39th birthday < Previous
WHO Executive Board stresses need for improved response to mental health impact of public health emergencies Next >
Latest News From Malawi
Headlines From: The Maravi Post