If an election had been held soon after the demise of President Bingu wa Mutharika, incumbent Joyce Banda would have won with a landslide. And when she was taking over, it seemed a done deal that President Joyce Banda would, hands down, ride to victory in May 2014. Two years seemed to short a period for anyone to do anything foolish.

By way of background, most Malawians – after Democratic Progressive Party (DPP)’s excellence in arrogance, a growing addiction to intolerance, compounded by an inability to hear cries of the masses on the then twin scourges of incessant fuel and forex shortages, went ecstatic with the rise of President Joyce Banda.

Around the time she was sworn in, the Joyce Banda euphoria was sky-high and her approval ratings were soaring.

Unfortunately for her, also spiralling were expectations.

Her mission, as a caretaker president, was simple: delivering on the low hanging fruits (fuel, forex and human rights), and managing the economy prudently – avoiding any shows of extravagance and unnecessary decorum.

The world always loves heroes. And Joyce Banda seemed to have all the markings of a heroine in the making.

Americans, the British and many of the rich countries in the Euro-zone were practically falling over each other to “talk good” about this wonderful new female president poised to do well.

Reading the Huffington Post, the  Guardian and even the CNN,  a non-Malawian would have not been faulted for believing that President Joyce Banda was the legendary Mother Teresa, incarnate.

Joyce Banda, president of Malawi since April, is already a beacon of hope for that desperately poor country, but also for good governance across a continent long plagued by its opposite. Banda has captured the world’s attention inshort order…blah! blah! blah! ” – the Huffington Post

From heroine to something else

With the expiring of about six hundred and thirty something days since President Joyce Banda ascended to power, so has the bliss ended.

In order to look at this from a neutral perspective, two articles on reputable broadcasters’ websites are as good references as any.

Obviously, something has gone wrong with Cinderella down in Nyasaland.

Cash-gate: created by an executive order?

The financial management system was adopted in 2005 by the late Bingu wa Mutharika administration.

President Banda has suggested that the looting may have started as far back as 2010 following a directive by the former president that banks should honour all government cheques without asking questions.

Ms Banda became president in 2012 following the sudden death of Mr Mutharika; she had been vice-president although she had been fired from the then ruling party and had formed her own party.

For the moment, the political effects of the trial are not clear – the scandal could well hurt both Ms Banda’s People’s Party and Mr Mutharika’s Democratic Progressive Party (DPP), possibly allowing another party to gain ground.”

Let us weigh this with an even hand.

President Joyce Banda’s suggestion is in the least interesting because if the executive order allegedly given by late Bingu wa Mutharika is the root of cash-gate; she has several questions to answer.

No-one of course can expect reasonable responses, “Cinderella” is no longer in town.

With respect to her role in cash-gate; there are two routes, with no grey area in between.

President Joyce Banda is completely innocent of cash-gate. But this, going by her oath of office and job description, renders her guilty of criminal negligence or may be more if we factor in the fact that people are dying in hospitals.

Even if “abusive” relatives, politicians and civil servants may have taken advantage of her incompetence to steal money meant for the poor; the buck still stops at the doors of the state house – her residence until May 2014.

The question and premise being: what exactly is she “presiding over” as the “CEO” of Malawi Inc.? Is she fit for the job? We will not hazard answers.

Contrary to President Joyce Banda’s allegation that late Bingu wa Mutharika is the “cash-gater in chief”, it seems more likely that it is her administration that has, as alleged, invented cash-gate to finance her Peoples Party (PP).

How do we explain this? There are several things not adding up. The first is the fact that the volumes of funds involved cannot have left government coffers without high level approvals.

The second and classic proof is the procurement of buses that are now standing desolate in a police yard. It is very doubtful that Leonard Kalonga was planning to start a bus company.

Those buses were meant for the ruling party. Someone, somewhere within PP was expecting a delivery of buses from “well-wishers” – the unwitting well-wishers being the Malawi tax-payers.

The third is the zeal with which she is pursuing her former Minister of Justice, Raphael Kasambara S.C. on trumped charges which will not hold in court.

After all has been said and done, it seems that Raphael Kasambara is the proverbial bird that will – one day – sing the truth.

Whichever way, there is no middle ground, the truth lies at either of these two extreme scenarios: the president is guilty of either (a) criminal negligence or (b) complicity.

Here Malawi is, with a president that is either completely ignorant of what is happening in her own kitchen, or worse is the architect of cash-gate which is causing drug shortages, delayed salaries and what have you.

This is where Malawians need to look elsewhere for a president, and herein lays their dilemma. One now begins to wonder whether indeed the opposition has anything offer by way of leadership that can turn Malawi’s fortunes. 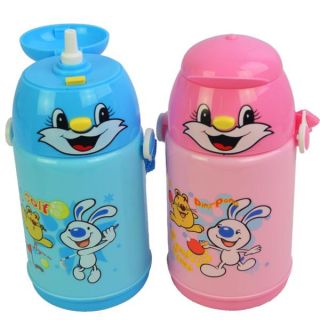 Let us digress for a while and ponder this: your neighbour’s child has a problem. Whenever your good neighbour bottles him juice (in his school drinking bottle) to drink during break time at school, come break time, there is in the bottle either no juice at all or very little.

Assume that you, as a good neighbour, commiserate with the poor boy, what are the solutions you would suggest?

In Malawi, listening to the opposition leaders,

Fact is: it does not matter how loudly these ridiculous “solutions” are chanted, it matters less how many people are parroting this idiocy; and it is of no consequence how “educated” the people making these statements are, because the truth is these actions are not what needs to be done. The solution lies elsewhere.

What needs to be done is to either seal the child’s bottle (if it leaks) or buy him a new lockable bottle (if the juice is stolen), and while at it find the thieves and keep them away from the boy and his bottle.

In Malawi, this logic is yet to flow. What the opposition are going to do to ensure that all the “juice” reaches the intended beneficiary is what voters want to hear. Tangible and concrete steps are missing.

Amplifying “news” about cash-gate is the role of the media. Political parties and leaders worth their salt should by now be spelling out concrete steps so that come May 21, Malawians should see action.

Since Malawi has been gripped by prophecy fever, we will join the band-wagon and make a few of our own. As things are, even if one from the opposition wins on May 20, their victory will be followed by talk, talk and more talk and no action. Take this as a prophecy, it will come to pass.

Meanwhile, their lieutenants will start “cash-gating” whatever President Joyce Banda will leave in the coffers. Take this, again, as a prophecy it will come to pass.

When confronted, the new rulers will point fingers to President Joyce Banda’s government for starting it all. “Corruption is deep-rooted…blah blah blah!”, we will be told. Take this, again, as a prophecy because it will come to pass.

Any hope in alliances?

In other words, we foresee a situation where the voters in Malawi will on May 20 merely replace one band of crooks with another lot. Will electoral alliances help resolve corruption?

An alliance or alliances, given the fact that opposition leaders are still staying mum on how they will address corruption is useless, with respect to sealing the boy’s leaking bottle or replacing it altogether with a lockable one plus identifying the culprits and bringing them to justice.

Come to think of it, may be alliances could help the opposition win the election, or maybe not. An alliance could equally be more beneficial to the ruling party as was the case in 2009.

Fact is: an alliance or alliances will reduce the work of PP by enabling PP – now controlling state resources – to fight on one front with one opponent.

As of now, PP is very confused because it has three solid and dissimilar fronts to contend with: the aging Peter Mutharika is a different kind of threat, the middle aged Lazarus Chakwera is another cup of tea, and young Atupele Muluzi, in his own way, is also a thorn in the flesh.

If these are packaged together, they will lose their unique characteristics and make bashing easier as did the MCP/UDF alliance of 2009.

Looking at regional dynamics, DPP and UDF claim the southern backyard as their stronghold, MCP claims the centre and PP, well, it has a stronghold rooted in cash-gate and nothing else.

This means that the north is where all these parties are focussing. And the north can be won by anyone, but not just anyone.

It must be a party whose message will make the most sense. And excluded from messages that can make sense are:

The north wants to hear an action plan on cash-gate. Give them one, and you hit the home run, dry.

Elections are due to be held later this year- and Cashgate is likely to have an immense influence on their outcome. One of the questions is what impact Cashgate will have on Joyce Banda and her People’s Party at the polls?

Another question that was brought up by an unemployed banker I met at the Labour Exchange, is what will happen to the Cashgate trials if the opposition wins the election? Will they simply disappear as have so many legal proceedings involving corruption in the past?”

Courtesy of the Nation, a Malawi Publication

This is an extract from Al-Jazeera.

What will happen? We are back in prophecy mood now:nothing will happen. Will they simply disappear as have so many legal proceedings involving corruption in the past? Yes. Why? Because no-one, no political leader so far, has made a solid and bold commitment to pursue the culprits, lock them up and throw away the keys and the public is not pressurizing the politicians to commit by taking a solemn pledge – before they get into office and become arrogant.

Why are these people who want to lead Malawi afraid of making such a pledge?

Could it be that they too are planning a “cash-gate” or that they know they will need to protect someone involved in past corruption? Why else?