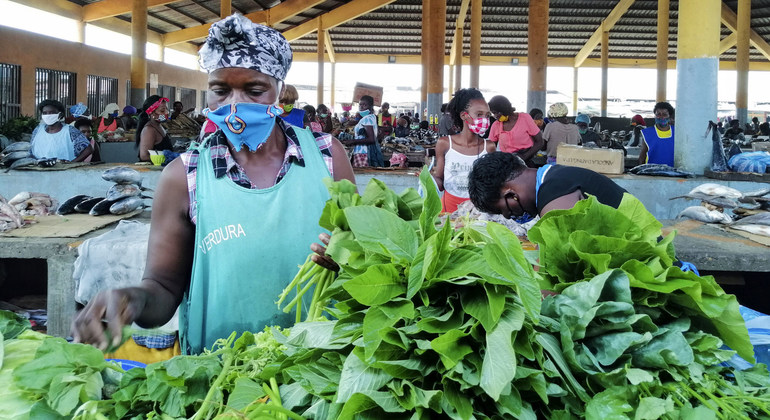 Dr. Mike Ryan, Executive Director of the agency’s Emergencies Programme, delivered opening remarks at a UN General Assembly meeting on Wednesday where ambassadors were briefed by the Independent Panel for Pandemic Preparedness and Response (IPPPR).

“We must seize the moment. In the coming months and years, other crises will demand our attention, and distract us from the urgency of taking action now.”-@DrMikeRyan

He spoke on behalf of the WHO Director General, Tedros Adhanom Ghebreyesus.

Dr. Ryan said one of the major gaps exposed during the COVID-19 pandemic has been the lack of international solidarity and sharing, including sharing of pathogen data and epidemiological information, but also resources, technology and tools, such as vaccines.

“That’s why the one recommendation that WHO believes will do most to strengthen both WHO and global health security is the recommendation for a treaty on pandemic preparedness and response,” he said.

“We need a generational commitment that outlives budgetary cycles, election cycles and media cycles; that creates an overarching framework for connecting the political, financial and technical mechanisms needed for strengthening global health security.”

He added that any international “structure, framework or mechanism” must be designed and owned by all countries and implemented as a complete package.

During the most recent meeting of the World Health Assembly, WHO’s decision-making body, held in May, countries agreed to convene a special session in November to consider developing a WHO convention, agreement or other international instrument on pandemic preparedness and response.

“We call on all Member States to engage in this process.  We must seize the moment. In the coming months and years, other crises will demand our attention, and distract us from the urgency of taking action now,” said Dr. Ryan.

“If we make that mistake, we risk perpetuating the same cycle of panic and neglect that has led us to the point.”

WHO established the panel in July 2020 to examine global response to the COVID-19 pandemic.  Its report, issued in May, urged bold action to end the crisis, while also calling for WHO to be given greater authority to respond more quickly to future threats.

The report also recommended the General Assembly adopt a political declaration on strengthening the international system, and for richer nations to provide one billion vaccine doses to low and middle-income countries by September.

COVID-19 is an ongoing disaster which the panel believes could have been averted, Ms. Johnson Sirleaf told the General Assembly informal meeting, convened by the President, Volkan Bozkir.

“The General Assembly has a decisive role to play in backing the needed reforms, strengthening the multilateral infrastructure so that it can identify and respond more quickly to the next virus with pandemic potential”, she said.

“While in some places, vaccines are blunting the worst of COVID-19’s impact, for too many countries, supplies are so limited, and prospects for access pushed so far into the future, that hope is turning to despair.”

The panel also found that geopolitical tensions and nationalism had weakened the multilateral system designed to keep the world safe, Ms. Clark said.

“The pandemic is not only a health crisis; it is also a social economic, political, and peace and security crisis,” she said. “The General Assembly has a crucial role to play in ensuring that the international system is coordinated and empowered to identify and act against future diseases with pandemic potential.”

Like it? Share it!
Yemen: New World Bank funds offer lifeline to most vulnerable < Previous
African Wild Dog return to Malawi Next >
Recommended stories you may like: