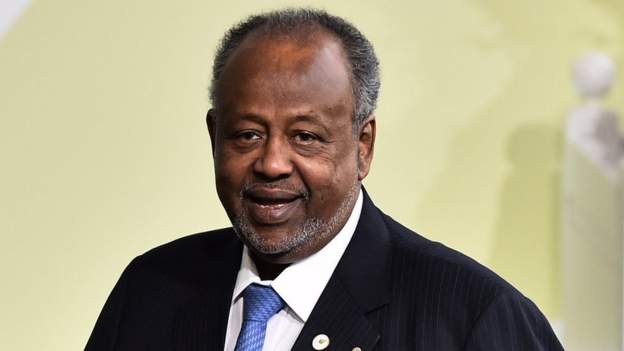 The 73-year-old leader, one of Africa’s longest serving leaders secured a fifth term and will now extend his 21-year-long rule.

He first took over from his uncle, Hassan Gouled Aptidon, who led the country to independence from France in 1977.

Guelleh’s only main challenger in the election was Zakaria Ismail Farah, a relatively new politician after the main opposition boycotted the polls.

The veteran leader secured 98 percent of the vote, according to provisional results announced early Saturday.

Farah, a 56-year-old challenger ended up with under 5,000 votes, according to the provisional results.

In 2010 Djibouti’s constitution was revised, scrapping presidential term limits with only an age limit of 75 set.

With Guelleh win for a fifth term that should be his final term in office due to his age.


Djibouti, a nation with less than one million people lies on one of the world’s busiest shipping routes, the Gulf of Aden.

It also holds and plays a strategic and important role in the Horn of Africa hosting U.S., Chinese, and French military bases.

Like it? Share it!
Benin President Talon seeks five more years in Sunday’s election < Previous
Enough is enough: CDEDI on Chakwera’s Tonse Gvt neck with nationwide demos against punitive taxes, April 21 Next >
Recommended stories you may like: