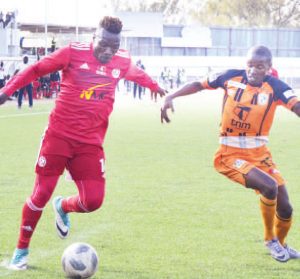 The Football Association of Malawi (FAM) says 83 player transfers, 75 of which are domestic, were completed using the Transfer Matching System during the January-April window.

The window closed at midnight on Thursday April 30. There were eight international transfers with five transferred out and three coming in.

FAM Club Licensing and Compliance Manager Casper Jangale said it is encouraging that clubs are now using the platform, which makes it easy for both teams and regulators to trace relevant information and documents on transfers.

“Looking at how clubs have fared this time around, there has been a tremendous improvement.

“At least 15 of the 16 Super League Clubs were active in the system which is encouraging to us as Football regulators. This is the new direction of doing transfers because the TMS and Mpira Connect platforms are now mandatory,” said Jangale.

The Domestic Transfer Window is scheduled to re-open on 1st August 2020. But Jangale said the date might change because FIFA has arranged meetings with Member Associations to discuss football regulatory issues in the wake of the Covid-19 pandemic.

“FIFA will guide us on the way forward through a teleconference meeting which has been scheduled for Thursday this week. We are going to discuss some regulatory issues including transfer windows. We hope that the guidance will be beneficial to Malawi football,” said Jangale.

Maneno Chimulalahttps://www.maravipost.com
I am a journalist, educator, and activist with passion for telling stories about social justice, sports and political issues. I graduated from Mzuzu University. I started my career at the Maravi Post online publication in 2012 as an intern while in college. Upon graduating from Mzuzu University I was offered a job as Sports Reporter because of my background as a goalkeeper and rose to the position of sub editor. I also had a short stint with Nyasatimes, Malawi Punch and Malawi Digest. Over the past seven years, I have worked intimately with rural organizations and communities in Malawi on human rights, girl child education and grassroots development projects. With an academic background in education, I also volunteer as male champion for girls’ education under Girls Empowerment Networks (GENET) in Malawi’s South West Education Division (SWED).
RELATED ARTICLES
Top News