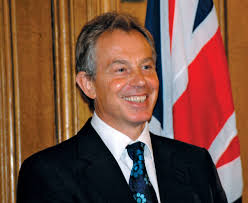 Blair, who arrived on a private jet around 5am today, is said to be on private visit.

Blair visit comes barely eight ten months after Malawians across urgued President Chakwera to cancel any business arrangement, paid or unpaid, that this administration has made with former British Prime Minister Tony Blair.

The Chakwera administration engaged the Tony Blair Institute to identify gaps in governance institutions and address the deficiencies.

State House Communications Director Sean Kampondeni disclosed that TBI had already sent three experts to Malawi and they will be providing their services at no cost to the Malawian taxpayer.

However, Malawians demanded the Chakwera administration to cancel the arrangement which commentator Onjezani Kenani has described as neocolonialism.

Despite the call Chakwera did not cancel Blair’s hiring.