HomeRegionalFourteen people killed at a carnival in Nigeria
Regional

Fourteen people killed at a carnival in Nigeria 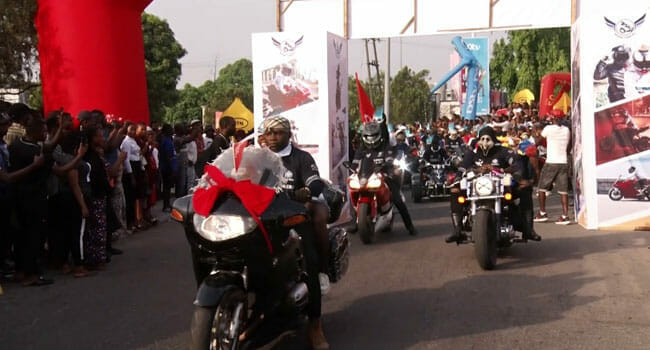 At least 14 people have been killed after a vehicle ploughed into crowds watching bikers at a popular carnival in Nigeria.

The incident which occurred in the southern port city of Calabar left 24 others injured. Eyewitnesses said that a speeding driver lost control of the car.

The police said a drunk driver – who has been arrested – had lost control of the car and ploughed into the crowd.

Cross River State Governor Prof Ben Ayade cancelled the rest of the bikers’ parade and called for an immediate investigation.

A statement signed by the Special Adviser on Media and Chief Press Secretary, Mr. Christian Ita, said an immediate investigation and arrest of the motorist who is on the run has been ordered.

Pictures shared online in the immediate aftermath of the incident show bodies strewn across the street.

The month-long annual carnival, which features several events, has become a big draw since it was launched in 2004.

Tuesday’s incident took place during the popular bikers’ parade on one of the major carnival routes which had been closed to vehicle traffic.

The event features riders, including celebrities, from across the country, some adorned in colourful costumes, performing stunts.

Man collapses and dies in public vehicle in Kenya