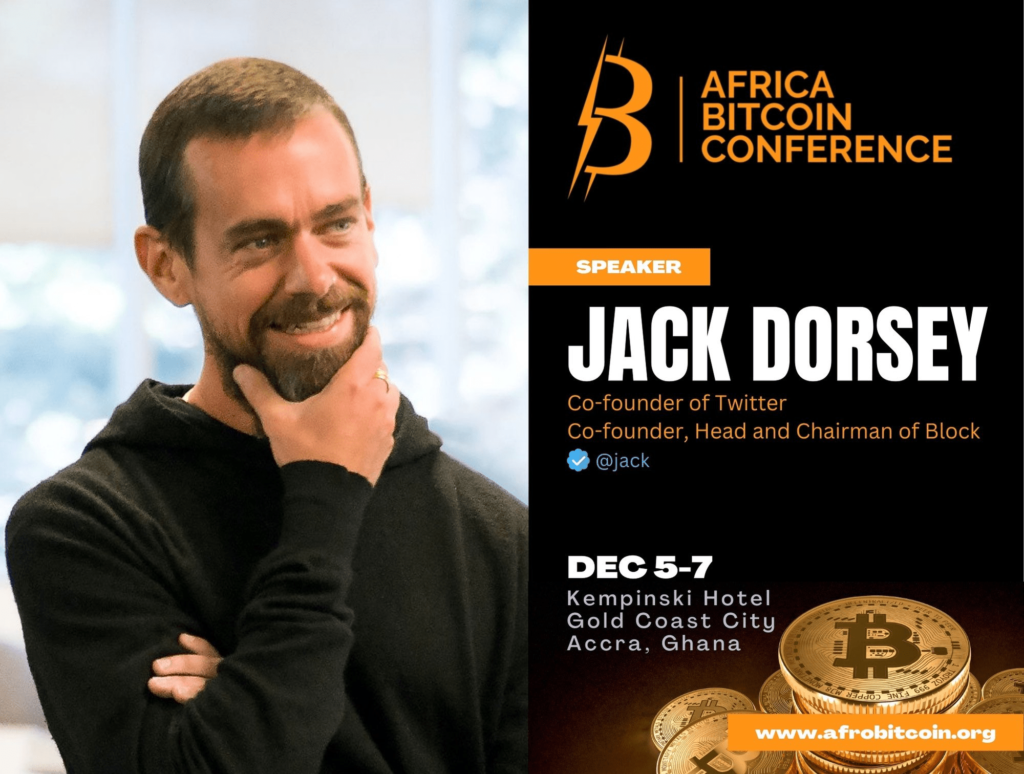 
Jack Dorsey, Chairman of Block and co-founder of Twitter will attend the first Africa Bitcoin Conference happening in Accra, Ghana on 5 – 7 December 2022, as a keynote speaker.

Bitcoin is also a major part of Block’s business, and Cash App has become one of the most popular and accessible Bitcoin exchange platforms in the United States.

The former CEO of Twitter and now Chairman of Block, Jack Dorsey, hasn’t been shy about voicing his support for Bitcoin, and he hopes to see Bitcoin become the internet’s native currency.

Dorsey has stated that he believes Bitcoin can alter the world, and he considers Bitcoin to be the most important project of his lifetime. In 2021, Jack Dorsey partnered with rapper Jay-Z to launch a new endowment called “B-trust” worth 500 BTC to fund Bitcoin software development in Africa and India.

Jack Dorsey will join about seventy other speakers in the largest Bitcoin conference ever to take place in Africa.

Farida Nabourema, a Togolese human rights activist and the convener of the Africa Bitcoin Conference, believes Bitcoin could become the currency of decolonization, allowing hundreds of millions of unbanked Africans to participate in a global and independent monetary system and providing a powerful resource to activists fighting against authoritarian regimes.


The Africa Bitcoin Conference will bring together developers, investors, startups, and human rights activists from across the continent and beyond, to build a movement that will accelerate Bitcoin adoption in Africa.

Other notable speakers include Obi Nwosu, co-founder and CEO of Fedi, Alex Gladstein, CSO of the Human Rights Foundation, Ray Yussuf CEO of Paxful among others.