Talks on bringing home 49 Ivorian soldiers detained in Mali are ongoing but any result “could take time”, a spokesman for Ivory Coast’s government said Wednesday.

“Ivory Coast has favoured dialogue. Discussions are under way… Everything is being done so our soldiers can return to their families,” government spokesman Amadou Coulibaly said.

But “it could take time,” he said.

Ivory Coast says the soldiers were unfairly detained at Bamako’s airport on July 10, after being sent to provide backup for the UN peacekeeping mission in Mali, MINUSMA. They say their role within the mission was “well-known to the Malian authorities”.

Mali’s military-led government however says they were detained after landing on a special flight without supporting documents and has described them as “mercenaries”.

The peacekeeping mission has acknowledged there were “dysfunctions” in deploying the Ivorian troops.

Ivory Coast’s Defence Minister Tene Birahima Ouattara on Wednesday met relatives of the soldiers, telling them they had been deployed as part of a “mission that complied with the rules”.

A spokesman for the families, Alfred Kouassi, said they were counting on the Ivorian government.

Togo has been mediating the dispute but talks on July 28 in Lome failed to make progress.

Mali is calling on Ivory Coast to express “regret” for sending troops into Malian territory without requesting its permission, diplomatic sources have said.

Bamako also wants Ivory Coast to hand over several Malians in the country wanted by the authorities, the same sources said.

But Ivory Coast has rejected both these requests.

Tensions have risen in recent months between the military junta in power in Bamako and the country’s international partners.

A spat with France has also triggered a pull-out of French forces that have been fighting jihadists in Mali for nearly a decade. 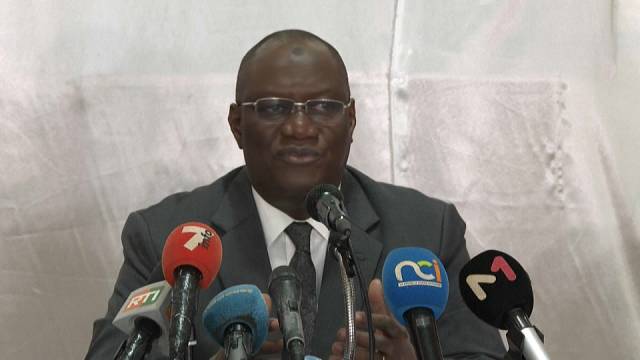