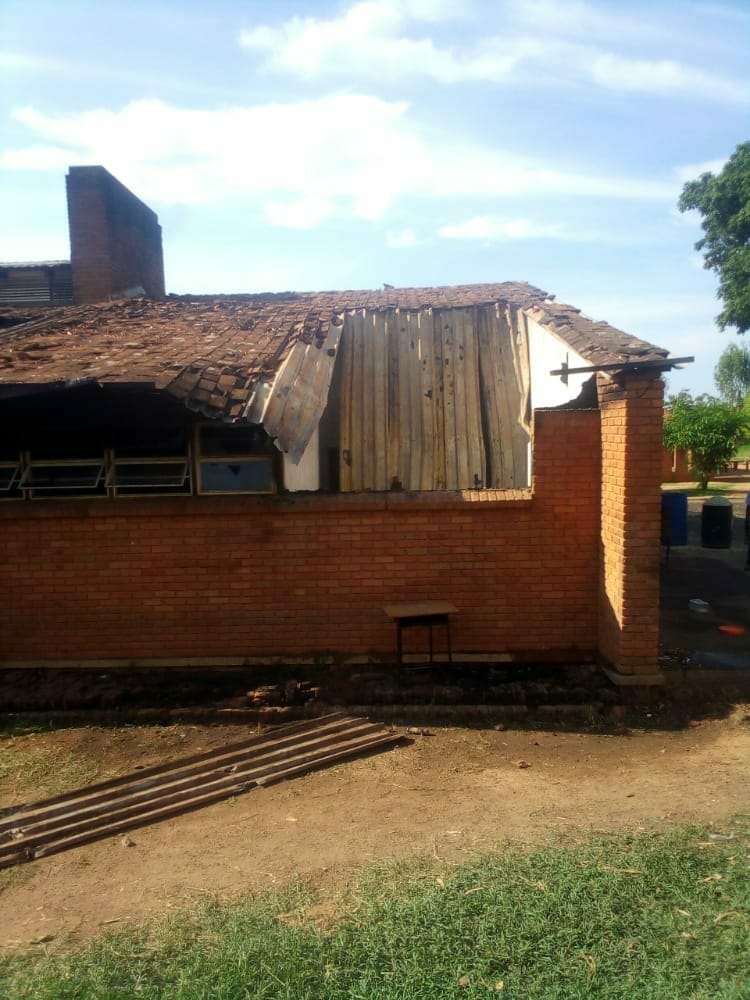 MZUZU-MaraviPost)-Students at Euthini Secondary School in Mzimba have last night burnt to ashes the kitchen of the institution.

According to the head teacher of the school, Isaac Daka, the incident took place in the wee hours of Tuesday, December 6, 2022.

“I just joined the school last Saturday, but I found a sour relationship between students and management. Students here lack discipline and they kept petrol in their hostels for some days before the incident ,” said Daka.

He added that so far the school in liaison with Northern Education Division (NED) management, has suspended four Form 4 and six Form 3 students who were deemed to be the ring leaders of the arson.

The head teacher further disclosed that electrical appliances and some plumbing materials worth MK7 million have been damaged by the fire.

In July this year, students at St. John Bosco Secondary School in the district also petrol bombed the staff room of the institution and stoned the library and two laboratories of the school.

Richard Kayendahttps://www.maravipost.com
I hold a bachelor's degree in languages obtained from Mzuzu University. Since 2016, I have been working for Maravi Post as a reporter of local news; particularly from the Northern Region of Malawi. My main news areas are politics, business, sports and many more. Besides reporting, I also write news analyses on current affairs just to share informed opinions on news that matter in Malawi. By now I have a five year practical experience in online news reporting and I look forward to growing more professionally while raising the bar of Maravi Post; in order to make it a household name, as we keep our readership informed, edutained and updated on a daily basis.
RELATED ARTICLES
Health