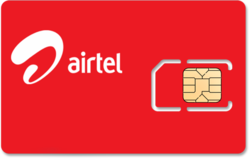 The country’s Malawi Communications Regulatory Authority (Macra) has set September 30, 2018 as the new date for existing phone users to register Sim cards and generic numbers or risk being blocked.

Speaking at a press briefing in Blantyre on Friday, Macra officials said, from July 1 this year, all new Sim cards will have to be registered within a maximum period of seven days from the date of purchase.

Itaye said mobile service providers have indicated that at least 40 percent of phone users in the country have registered their Sim cards.

TNM Chief Officer of Consumer Services, Daniel Makata, said, so far, about 1. 5 million users on TNM network have been registered.

“It was quite a chaotic process when we were starting. So, we became more innovative by bringing the registration (staff) closer to the people. We became faster and more people were registered. For the past months, about 40 percent of our consumers have been registered, That is roughly about 1.5 million people,” he said.

Macra issued a directive to all phone operators in the country to start the registration of Sim cards and generic numbers in January this year in a drive aimed at effectively regulating the information communication technology industry.

This was in accordance with requirements of the Communications Act of 2016.

Itaye said Sim card registration has multiple benefits, saying, for example, that people who send threats and hate messages will easily be traced.

After the exercise was launched in January, the Ministry of Information, Communication and Technology suspended the process due to a public outcry over deadline of registration, which was March 31 2018.

Maravi Post Reporterhttps://www.maravipost.com/
Op-Ed Columnists, Opinion contributors and one submissions are posted under this Author. In our By-lines we still give Credit to the right Author. However we stand by all reports posted by Maravi Post Reporter.
RELATED ARTICLES
AMA

Safeguarding democracy: why digital transformation of the electoral process is critical