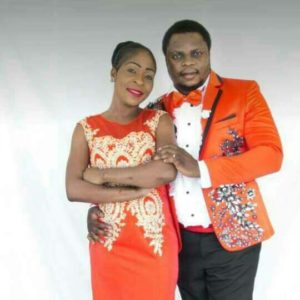 LILONGWE-(MaraviPost)-Malawi’s controversial prophet Chimwemwe Seer Sabao of Agelic gathering for Christ Church (AGAC) is in the hands of Malawi Police Service to investigate him on allegations that he forged a cheque belonging to Glalle Stationers Company.

Dandaula said Sabao has been arrested on fraud and forgery charges.

It is alleged that Sabawo a man of God connived to defraud Glalle Company by originating a cheque hired some young men to cash the case.

When the employed men sensed danger of arrest, they immediately reported Sabawo accomplices to Police who immediately pounced on him while he was busy administering Sunday services.

The controversial pastor is also the one who who prophesied that President Professor Peter Mutharika will not face his arch-rival Lazarus Chakwera of Malawi Congress Party (MCP) in 2019 polls.

Sabao claimed that Mutharika will choose another Presidential candidate for the ruling Democratic Progressive Party (DPP) and the decision will create divisions in the party.

According to Sabao, the decision will see most of the top officials in the party defecting to the Malawi Congress Party (MCP).

Sabao was in the media few months ago for assaulting his wife and dumping her in the family toilet.

But later her wife died in a very controversial manner in which it is alleged that she was poisoned through a witch doctor based in Mitundu in Lilongwe.

Forgery involves a false document, signature, or other imitation of an object of value used with the intent to deceive another.

Those who commit forgery are often charged with the crime of fraud.

Documents that can be the object of forgery include contracts, identification cards, and legal certificates.

The maximum is three years state prison on a felony forgery or a year in county; however, a forgery can also be a misdemeanor.

Even if it is a felony, a person can get probation and sometimes no jail.

It really depends on the case by running the specifics by an attorney for an opinion.