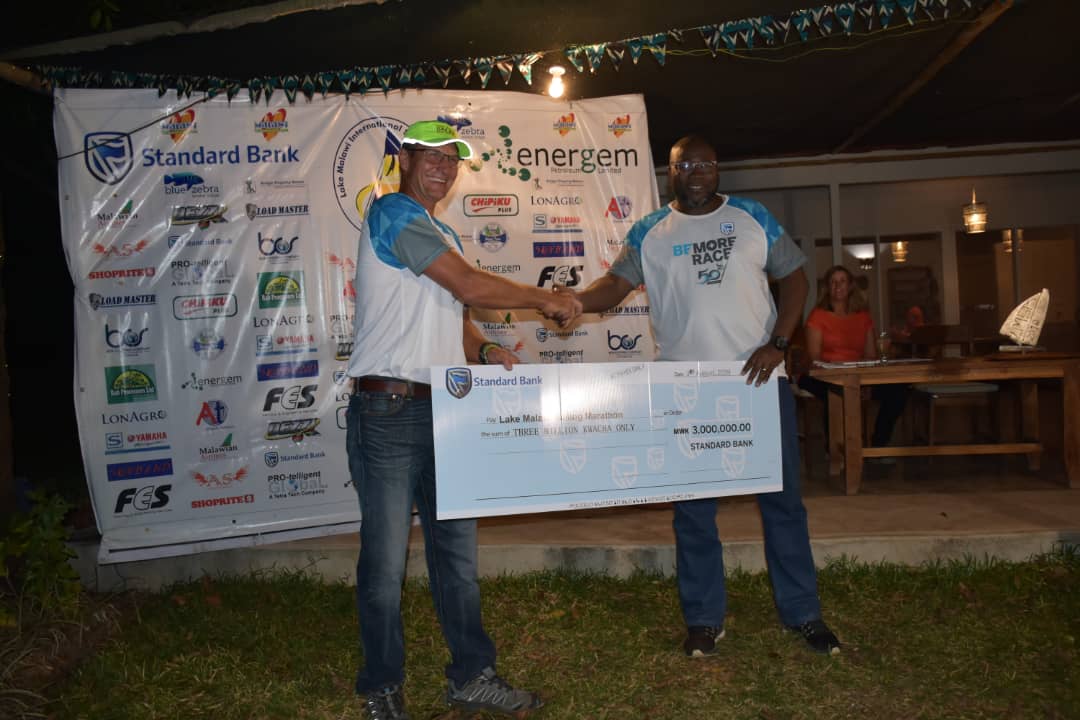 BLANTYRE-(MaraviPost)-Standard Bank Plc says it is committed to promoting the country’s tourism through sponsorships towards international events that gather people from across the continent and beyond.

Speaking last Friday on the beaches of Chintheche at the conclusion of a week-long Lake Malawi Sailing Marathon, Standard Bank representative at the event, Kojo Larbi, said the event is key to Malawi as it opens up new opportunities for the largest fresh water lake in the world.

The bank sponsored this year’s event to the tune of MK3 Million.

“Before we even say whether we will return with sponsorship in the coming years or not, we are happy that the event has been well organized. As a Pan African bank, we strive to promote Malawi tourism through international events like this marathon,” said Larbi.

In his speech, Deputy Director in the Ministry of Tourism, Sosten Lingwalanya, said Government of Malawi will fully support activities and events that open up Malawi to global notice.

“This marathon is key and as government we will support it fully. First, we will make sure equipment used for the race is found locally at reasonable prices so that many locals can also participate,” said he.

The Lake Malawi Sailing Marathon, which was founded in 1984 by a group of sailors, provides an opportunity for both local and foreign sailors to experience Lake Malawi and its whole blue economy through a casual sport.

This year’s race had 24 teams of two people each, two of those teams retired early and did not dock at Chintheche.

LMSM organizer Bouke Bilj commended the bank for their sponsorship saying it made the event more interesting.

“We needed more funds this year because the event covered the longest route of 500 kilometres compared to previous events that only covered shorter distances. The three million sponsorship came just at the right time. We hope Standard Bank will remain our partner in the coming years,” said Bilj.

Lake Malawi Sailing Marathon is described as the longest freshwater yachting race in the world.

The event is always scheduled in reaction to natural forces as it takes place around July and August because that is the time when Mwera winds blow strongest up Lake Malawi from Mozambique and the South East.