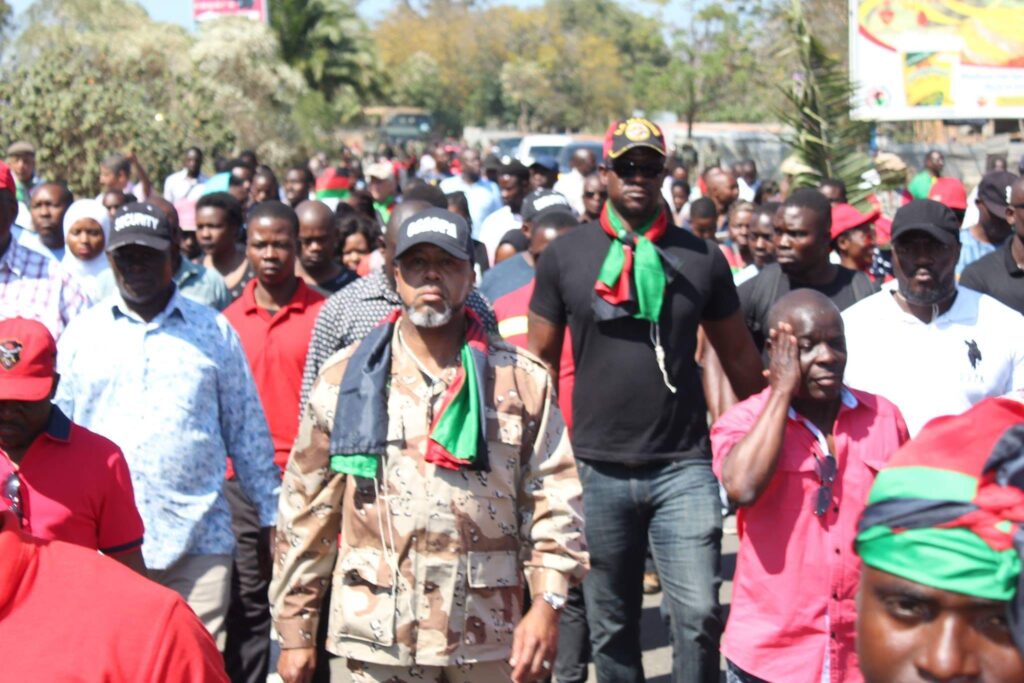 As the Malawi government persists in its crusading mission to shrink whatever civic space there might still exist for citizen participation and involvement in the political process, while tightening the noose on the few public institutions which continue to adhere to the stipulations of their mandates, the donor community is equally committed to sustaining and maintaining a beggars economy in a parallel polity that has afforded them extreme privilege and great status amid the misery and suffering of millions of Malawians.

The cloak that is pulled over the eyes of Malawi’s of scores of afflicted citizens, be they the abjectly poor in the urban peripheries and the squalid rural areas, or the politically denuded middle-class along with their unthinking donor worshiping media pundits who dwell in unsightly towns and cities are that donors come to Malawi at enormous costs and sacrifices from the cocoons of luxury in the West to languish among us, in the dirt and heat of an impoverished country, as selfless actors moved solely by greed.

Malawians protesting Jane Ansah and her leadership are also protesting the failed and shambolic attempt by the donors at electoral reform and electoral justice.

Some donors are thus defending their own interests and are therefore Jane Ansah’s in their own right: defiant and motivated by self-preservation at the expense of equity and justice.

This notion of aid t is always suspicious, and I have often declared in debates to my gullible colleagues that neither the UK nor the United States seek to recreate another London or New York in Malawi. The same is true of China, Japan, India, Germany, France and many of the big and small players on the global economic playing field.

The aid economy is but a beggars’ economy, which is itself led by officials whose only claim to legitimacy is twofold: firstly, they operate on the basis of agreements between themselves and Malawi’s government, is autocratic, corrupt, fraudulent and not transparent; and secondly, on the assumption that calling oneself humanitarian is morally sufficient to preside over a people to whom they owe no explanation or accountability of how they operate in the country receiving aid.

So in view of the recent election, whose contentions lumber on in court (a process to which no credence is accorded since it is almost a certainty that the donor community’s Mafia-type  will eventually, interfere in that process as well), we have seen the total, absolute reticence, callousness, and unfeeling from the donor community. Africans in general and Malawians in particular, know too well of the lectures receives from the western overlords. In fact, in Zambia, another such epistle was written by a former High Commissioner to Malawi expelled by then-President Bingu wa Mutharika for a leaked cable. In this latest epistle, he goes so far as to highlight the importance of his work and the gravity of his expulsion in terms of the sanctions and aid reductions Malawi (and especially the very poor that the same the ambassador claimed to care about), incurred from the UK first and later the US. Many people did not agree with the expulsion decision for many reasons, however, the disproportionate retaliation was to remind Africans of their place in relation to the UK and its other Western and donor community allies; the move tells Africans  that it exists at their mercy and that their lives hang in the balance at the stroke of a pen somewhere in a  luxurious office in London or Washington DC.

In the post-election dispensation: no such moralist epistles has yet been written to civilize the Malawian masses ; the EU delegation came and then left just as blindly as it had arrived, following a haphazard election observation mission, which rubber-stamped disenfranchisement and impunity; ambassadors remain content to navigate between large official houses and gated embassies, in cars lavished with every exemption and privilege, managed by brisk officials that are charged to scrutinize visa applications in case some of the impoverished citizens escape what they deserve in Malawi in order to dwell in the cities and towns of the West, where they do not belong. To them, Malawians do not deserve justice, they only deserve aid. Even as the aid cripples the country’s economy, through corrupt practices of its governors.

Many analysts also suspect that with the geopolitical war going on between the declining West and the resurgent Eastern bloc, including Russia, the DPP in Malawi will be afforded room to carry out any heinous act against its citizens provided it does not pivot towards dreaded Russia and loathsome China. Attacking one’s own citizens is deemed the greater good,  notwithstanding it being written in squalor and even death for many Malawians.

To illustrate this, as the Malawi government and the wider state around it collapses beneath unprecedented theft and plunder of government coffers, along with the weight of unabashed nepotistic scandal, donors have endeavored to sustain and enlarge a parallel empire of unaccountable do-gooders rehearsed in conditionalities, which target petty financial crimes at the expense of the death-causing pillaging, looting, and embezzling underway in Malawi state. This behavior has not spared the recent general elections, effectively reducing the humanity of the Malawian people to the following beggars-logic:

“Yes, they voted as persons, but they only exist as recipients of assistance/aid. The ideals of democratic representation by a duly and the credibly elected government are too lofty, perhaps too esoteric, mysterious, cryptic, for such a lowly collective as the Malawi voter.

Yes they protest, in large numbers, unprecedented perhaps even in comparison to some of the protests against colonial rule itself, but what the Malawi demonstrators really want is food for their swollen bellies, medication for their sickly bodies, nutrition for their stunted children, and water for their weary veins, and especially conditionalities for their moral development to pull them from the throngs of a benighted existence.

But beyond this, though caught between the teeth of a brutal government of Mafia professors, arsonists, fatal-weapon-embracing mobsters, women beaters, proven thieves, and alleged murderers, and a beggars’ economy of unaccountable European bureaucrats with a self-referential system of the so-called humanist ethics, the Malawian mind, and soul has no capacity to imagine justice conveyed by a fair electoral process or anything remotely akin to that.

So, we will sit pretty in our gated properties, with the power to sanction and destroy the Malawian economy in our hands and refuse to take any of this pain and suffering seriously.

We are humanitarian professionals, we know the epistemology (that which distinguishes justified belief from the opinion) of a true tear, slash, or slit; the ontology (or the branch of metaphysics dealing with the nature of being) of genuine pain, and this is not it.

These are African masses in the streets mimicking what they have heard of Europe or America, or of Hong Kong doing when they are upset with their government.

The events after May 22, 2019, have made even clearer what many of us have suspected all along. A cursory view of international relations will equally qualify this: human rights have been nothing more than a set of tools by which powerful Western countries control poor and weak countries in the global South.

We are on our own: Jane Ansah will leave upon our own and lone commitment to see her gone. Electoral justice will be achieved if we persist in our struggle via mass action and other strategies.

And then after that, poverty itself will leave as similar citizen forms of action arrest government atrocities to usher in genuine commitments for the betterment of Malawi’s people.

On their part, the donors will remain irrelevant, immaterial, extraneous, unconnected, and inapt, because they have never cared: we are merely a statistic conceived out of a savior’s complex at best, or a figment of historical guilt at least.

These two positions are not only inverted, but they present no possibilities for real engagement and mutual respect.

As Dambisa Moyo has eloquently said, “aid is dead;” it is a racket, a tool for reproducing age-old superiority complexes and legacies of colonial rule, which flows from the white North towards the black South, from altruistic white angels to dark-skinned demons; and it should soon be abolished entirely.

If this view is extreme, a modest one should do, because aid undercuts democratic representation, because it makes African governments accountable to the donors who fund it at the expense of its citizens.

If the donor community had wanted Jane Ansah gone, she would already be gone by now, thrown out of office by the might not of a million marchers, but rather a two-paragraph letter, on an A-4 size paper, given force by a crooked signature; and not a canister of teargas fired.

Let us all wake up and push together. At least those who oppress us, the Malawian citizenry in our government, are within reach of our anger and thus, within touching distance of the very humanity, we seek to eviscerate, disembowel, exenterate, and extinguish, douse, and snuff out from within us, though they seem buttressed in their illegitimate rule by international proselytizers, lecturers, zealots, and evangelists of democracy and human rights.

This too shall come to pass. We will overcome. We always have, and we always do. We are Malawians. The Mutharika plutocracy, replete with Kaphale and Bottoman-like characters who move with the speed one can only muster when consumed by a blind greed, is but a speck in the turbulent sea of Malawian history.

We are the sea and the sea always win.

The views expressed in this article are those of the writer and not necessarily those of the Publisher of Editor of the Maravi Post_.

Gift Kamwamba is a regular contributor to “The Maravi Post.”