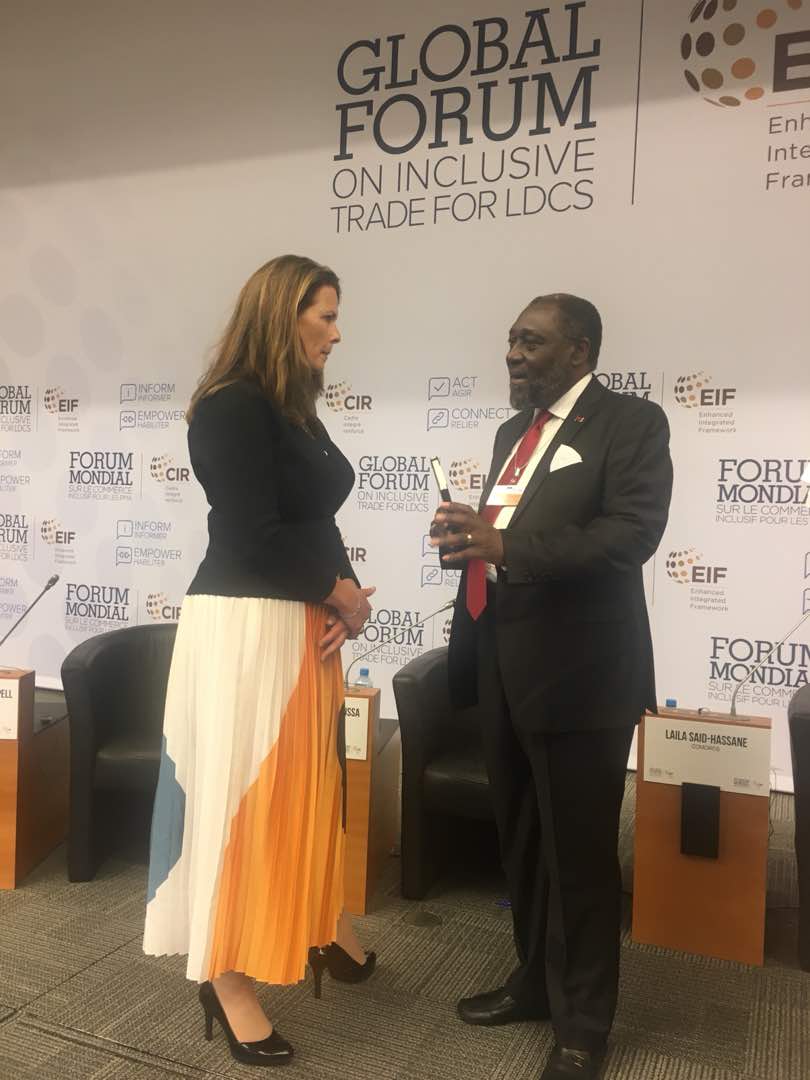 This despite the Malawi going through various challenges including high poverty rates, huge trade imbalance, low productivity, lack of export diversification, concentration on very few export products, lack of Industrialisation, lack of capital, low skilled labour and among others.

Malawi Trade Minister Mussa was speaking at the first Global Forum on Inclusive Trade for 42 least-developed countries (LDCs) that took place at the World Trade Organisation (WTO) in Geneva, Switzerland on 13-14 June, 2018.

The forum was aimed at finding ways to further integrate Malawi and other poor countries into the multilateral trading system.

The event has been organized by the Enhanced Integrated Framework (EIF), a programme dedicated to addressing the trade capacity needs of LDCs, and was opened with a video message by WTO Director-General Roberto Azevêdo.

The EIF is the only multilateral partnership dedicated exclusively to helping LDCs including Malawi use trade as an engine for growth, sustainable development and poverty reduction.

The Malawi Trade Minister however mentioned that challenges were tackled saying government was committed to reducing poverty through ensuring that development and trade related policies and strategies have specific pro-poor measures.

On the policy aspect, Mussa mentioned the Malawi Growth and Development Strategy (MGDS) III launched this year which pioritised energy, industry and tourism development; the National Export Strategy; and the National Trade Policy which have specific pillars on pro-poor development.

At the implementation level, he gave examples of interventions like the EIF project, which has undertaken to integrate small scale farmers into the trade value chain through the implementation of the Anchor farming (in and out-grower) model, which was a great success.

At the end of the project over six thousand five hundred farmers, majority being women, were integrated into the trade value chain from an initial figure of just one thousand.

He also made mention that this has greatly boosted agricultural productivity through a targeted support to the rural poor introducing them to modern farming practices, irrigation and water management, and slowly transitioning subsistence agriculture to more diversified, commercial agriculture.

In his opening video message, DG Azevêdo said the event is exclusively dedicated to achieving inclusive trade in LDCs and therefore it could not be more important.

Azevêdo emphasized the need to ensure that more and more people benefit from international trade especially in LDCs like Malawi.

He also mentioned the need to strengthen the system so that it is responsive to all of our members.

In his examples of recent positive outcomes, Malawi was mentioned as one of the countries with a success story of increasing exports amounting to US$47million through EIF interventions.