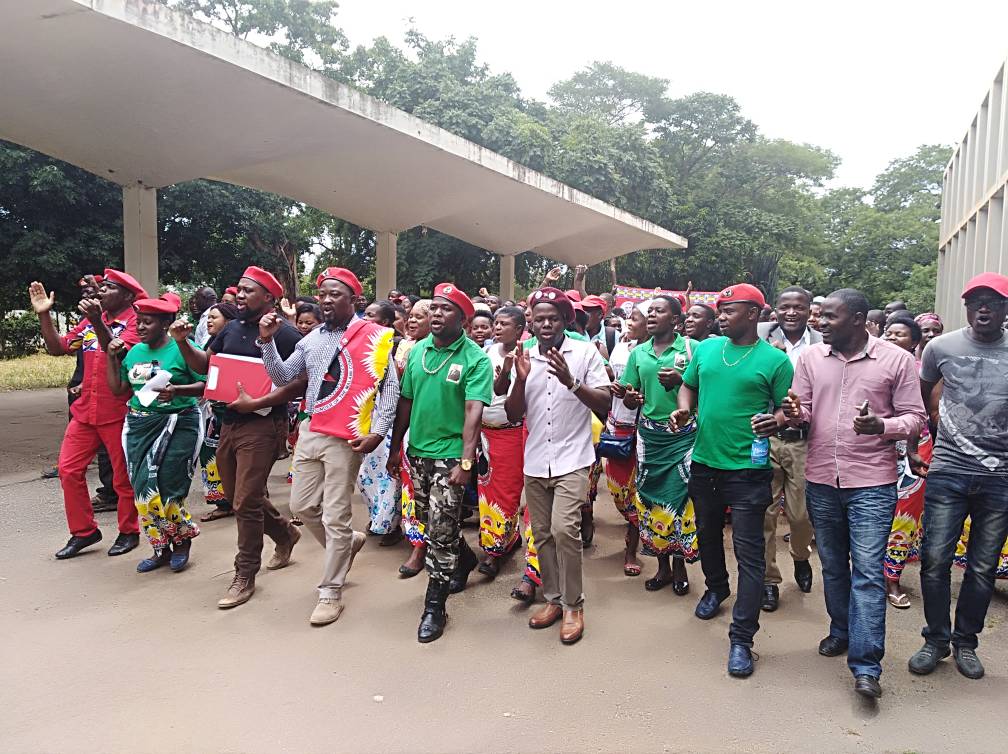 The petition comes when MCP president Lazarus Chakwera has called for a NEC meeting to take place at MCP national headquarters in Lilongwe from 1pm on Sunday amid dissent from his top five lieutenants, including Kaliwo.

Delivering the petition, at the party headquarters, the movement Chairperson, Ndaila Onani , said they have given Kaliwo seven days to resign on his own.

The youth members matched around the party headquarters before delivering the petition to party second deputy secretary general Elsenhower Mkaka.

“With recent developments since December 2017 we are greatly surprised that the Secretary General together with the First Vice President [Richard Msowoya] have been challenging the President on the NEC members issues. In our view of these developments it turns out to be a very serious and gross breach of party core values of four corner stones,” said Onani.

Receiving the petition, Mkaka promised to deliver the petition to the President who will be chairing NEC meeting on Sunday.

Mkaka said he is sure the petition will be deliberated on during the meeting. MCP legislators already recommended that Kaliwo must be booted from his position.

The MCP legislators accused Kaliwo, among other things, that he absented himself from major party functions for two years including the whole period of the six by-elections held in October without giving any reason.

They also alleged that Kaliwo has chosen a path to destroy the party. But Kaliwo, a lawyer by profession, said he remains MCP secretary general and no one can force him out until the party convention.

Kaliwo together with Msowoya, second deputy president Macdonald Lombola ( who has since denied signing )’ deputy secretary general James Kaunda and treasurer general Tony Kandiero—penned Chakwera to tell him that he was flouting the MCP constitution and going against his own words.

A political commentator at the University of Malawi’s Chancellor College Earnest Thindwa faulted the five for putting their grievances in writing and, according to him, leaking them to the media.