HomeOpinionMy Take On It: Why turn international sporting events into political, and...
OpinionPoliticsRegional 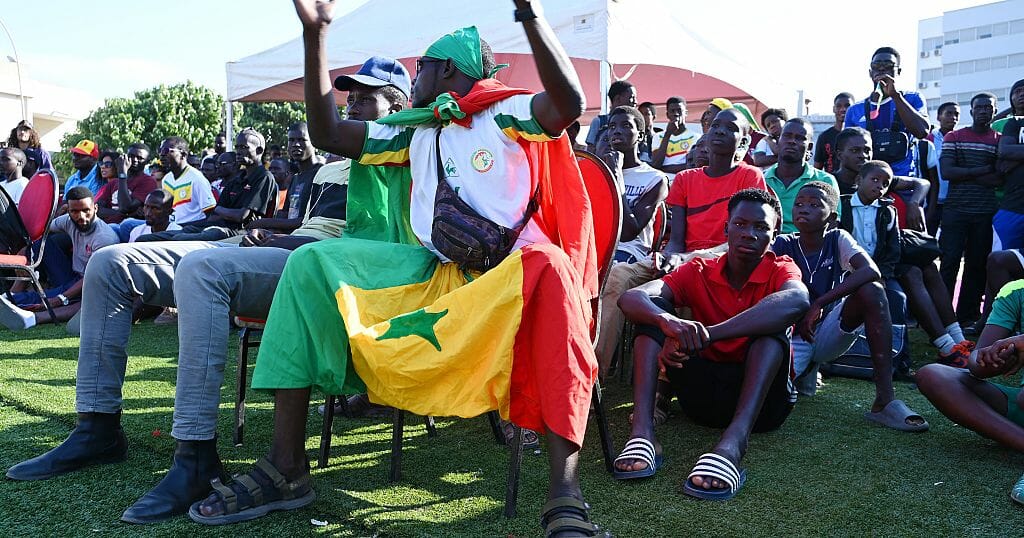 What would happen if an African king brought his seven wives to a meeting in any one of the western countries where polygamy is against the laws of their countries? Imagine the great Cherokee chief bringing his blanket, lighting a fire at the United Nations compound, and sending a message to his people back home of his safe arrival. And how might London or New York City authorities, and residents react to a Hindu cleric walking in sacred mode with his herd of cows on their city streets? The ancient Natives sent messages in this manner, cows are considered to be deities in Hindu cultural beliefs as polygamy is permitted in many African and Arabic cultures.

The above examples would be an intrusion and breach of laws of the land where these three examples are highlighted. However, this is exactly what is transpiring in Qatar as the FIFA World Cup kicked off during the 2022 FIFA World Cup Tournaments, a four-yearly international sporting event. One issue thrust onto the front burner of the event has been that of human rights and the promotion and the rights of the LGBT communities and other cultural beliefs of western countries.

As the soccer matches began, there are numerous reports coming out of Qatar that are ugly, unnecessary, and a breach of international protocol. These are being watched by millions of soccer fans around the world, and in full view, one fiasco after another unfolded on the campaign promoting LGBT rights being staged by mainly western nations citizens in Qatar for the FIFA games. Among them a German plane carrying the national team attempted to land at the event in Qatar, complete with graffiti promoting gay rights painted on its outside walls; the plane had to be re-routed by Qatari officials because it was inappropriate to Qatari laws and culture. A transgender person is said to have been harassed and beaten by Qatari residents as he pranced around the city streets in a dress, and captains of certain Western nation teams wore armbands with gay rights inscriptions were asked to remove them or risk being given a yellow card

And the group called Stonewall advised its fans and athletes to be “active allies” within the game both off-pitch and to play their part in ensuring that LGBT people feel included in sports. On its part, and rightly so, the Qatar government has stood its ground and has vehemently declared it “would not change its culture in a few days of football.”

Sadly, the western countries’ onslaught is continuing, with some ugly consequences, leading these campaigns are the US, UK, and other European countries “championing gay rights, at an international sporting event.

This is begging the question why turn a soccer tournament into their own self-serving circus of LGBT promotion? Why are participating countries, players, and fans flaunting the laws of the land they are guests, visitors of another sovereign country that has its own set of laws and rules? Should international sporting events such as the FIFA World Cup tournament be used as a venue that is used for showdowns for the promotion of non-sporting but political and cultural agendas?

A group of Arab protesters championing the cause of a free Palestinian state in Israel, did this in Paris at the 1972 Winter Olympics, with disastrous international and diplomatic consequences. The Arab protesters kidnapped players at the tournament and this thrust the world into turmoil as negotiations took the front stage at the games.

My own personal caveat to this international event was my father who was then posted as Malawi’s ambassador to Ethiopia, had to make several phone calls to secure my safety while I was still in the US pursuing my tertiary education. At that time I was studying at a North Carolina college that had a large Arab community. As students were watching the kidnapping story on the news, I burst out with the rhetorical question “why are they kidnapping the sportspeople? Why don’t they go after the politicians who make the decisions on these matters?”

My question was not taken well by my fellow Arab students and one of them tapped my shoulders asking me to not only watch my mouth but from now on even to watch my back. Such a threat caused me to make the late-night clarion call to my father several thousand miles away and in another time zone. His call to the college president led him to address the Arab students at the college, reminding them that they are guests of the United States and that they had to abide by the rules and laws of the United States. He reminded them that in the United States, every person has the right to express themselves freely without fear or favor, and no one must harass or threaten anybody based on the values of their country of origin, on political or cultural beliefs on things, yaddy-yaddy-yadda.

My father pulled me out of the college at the end of the term and I first attended Haile Selassie I University and later Chancellor College (now UNIMA).

But regrettably, selfish, undemocratic, inconsiderate, and sometimes provocative things with dire consequences such as innocent people being killed, wars started, stalemates in diplomatic negotiations, etc. have continued to this day.

“All these do not consider the feelings of the hosting people in this peaceful small country (Qatar) and all those in the region and the vast majority of the world population (that have different views on the matter of LGBT rights),” former diplomat Lindy Mndebele posted on the social media platform.

The discourse led to other rhetorical questions such as: imagine if you will if King Mswati came to the US at one of the UNGA summits with six of his 11 wives at his elbows, or what if upon being found to be stealing, one of the countries that execute justice using Shaira laws, executed the criminal in this way on European soil? The best example was what if a Hindu cleric brought one of his sacred cows and walked with it up and down Fifth Avenue in New York City?

Promoting the rights of the LBT does not make one a human rights champion when one’s streets in their home countries are gutted with racists practices, voter rights suppression, and manipulative attempts such as the one by the EU in its current negotiations with the APC-EU post-Cotonou Agreement. The new agreement threatens to emasculate African, Caribbean, and Pacific Island states by stealing their voting rights at international fora; it threatens to emasculate the ACP countries by undermining their sovereignty through imposing the EU brand of human rights thereby trampling on the cultural rights of the over 76 sovereign ACP states.

These manipulative bravadoes must stop because they trample on the sovereign and human rights of sovereign nations. Europe, United States, and others, please stop importing your laws into other nations. Have respect for the tenets of the UN Charter!