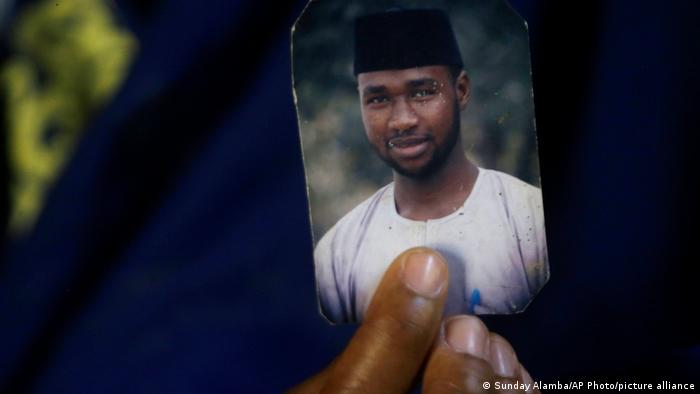 
A Nigerian court on Tuesday sentenced Mubarak Bala, an atheist, to 24 years in prison for blasphemy.

Bala, a former Muslim and the president of the Humanist Association of Nigeria, was arrested in April 2020 for what authorities said were social media posts blasphemous toward Islam.

“The Humanist community in Nigeria is utterly shocked by the sentencing of Mubarak Bala for ‘blasphemy.’ It is utterly disgraceful that a court in this 21st century could convict an individual for making innocuous posts on Facebook,” wrote Leo Igwe, a board member of the organization Humanists International.

“Today is a sad day for humanism, human rights and freedom in Nigeria. The sentencing of Mubarak Bala is a stark violation of the rights to freedom of expression and freedom of religion or belief. We urge the authorities in Nigeria to ensure that this judicial charade does not stand,” Igwe added.

The supposed crime of blasphemy typically involves the perceived insult of a deity or deities. Its place in Nigeria’s legal code, as in multiple countries around the world, dates back to British imperial rule.

Bala could have faced execution at Sharia court

Prosecutors in the West African country’s predominantly Muslim northern state of Kano said Bala had insulted the Prophet Muhammad and Islam in Facebook posts which they claimed sought to, “cause a breach of the public peace.”

Bala had long maintained his innocence but surprised his legal team Tuesday by pleading guilty to 18 charges of blasphemy.

The presiding judge halted the trial to grant counsel the opportunity to speak to Bala to “be sure he was under no influence or intimidation” and understood “the implication of his plea.”


Bala told the court he was “pleading for mercy and leniency,” adding: “The intention of the posts was not to cause violence but I have realized they are capable of causing violence. I will take care in the future.”

Supporters fear he was coerced by Nigerian authorities and questioned the state’s motives, raising issues of a flawed process.

During his nearly two years in detention, Bala was reportedly put in solitary confinement where he was denied health care and forced to “worship in the Muslim way,” according to his lawyer.

Authorities in Kano insist the trial was fair, stating that Bala is welcome to appeal its decision.

The trial was conducted in a secular court. Had he been tried in one of Nigeria’s Islamic Sharia courts he could have faced the death penalty.

‘A day of shame’ for Nigerian authorities say humanists

Humanists and atheists in Nigeria are now “potential criminals who can easily be thrown in jail just for expressing their views. Humanists have become endangered citizens of Nigeria,” Leo Igwe said.

“The thoughts of the whole global humanist movement are with our friend Mubarak, his wife, and his baby son. This is a day of shame for the Nigerian authorities, who have imposed an unthinkable punishment on an innocent man,” wrote Andrew Copson, president of Humanists International.

“For two years Mubarak’s fundamental rights to liberty and a fair trial have been consistently violated,” Copson continued. “He has been charged and found guilty of offenses that amount to no more than expressing a non-religious opinion. We call on the Nigerian authorities to quash this completely unjust and entirely disproportionate conviction, and release our innocent friend and colleague.”

Like it? Share it!
Dangote’s oil refinery to begin production in last quarter of 2022 < Previous
Ethiopia: Tigrayans subjected to war crime abuses – rights groups Next >
Recommended stories you may like: