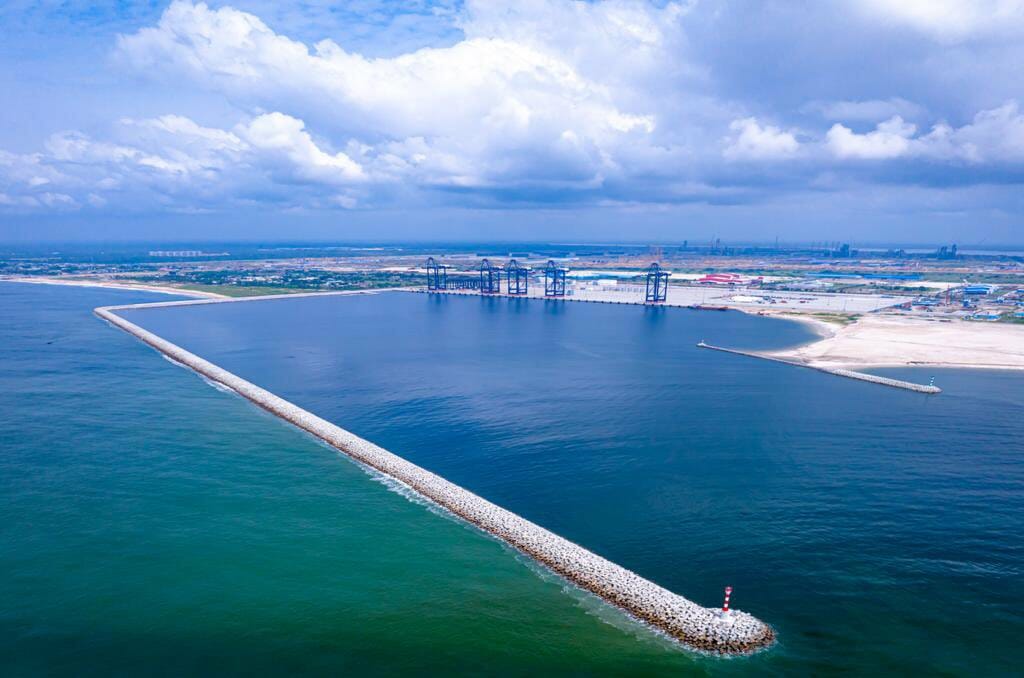 
Nigeria’s first deep sea port in the city of Lagos has been handed over to the government after its completion.

Built by the China Harbor Engineering Company Ltd (CHEC), the huge project is expected to boost the country’s maritime sector.

The Lekki Deep Sea Port is the largest seaport in Nigeria, and one of the biggest in West Africa.

The construction of the port commenced in June 2020, and is designed to handle 1.2 million standard containers annually.

Nigerian and Chinese officials were present at the handing over ceremony at the Lekki Area Site in Lagos State.

The port was a commercial project that had the involvement of China, France and Nigeria.

Lagos State Governor Babajide Olusola Sanwo-Olu thanked the Chinese government for its support and praised Chinese enterprises for completing the project on schedule.

“The benefit of this project and the benefits to our citizens can be left better imagined, providing jobs for close to 200,000 people with direct and indirect jobs in the next couple of months ahead,” Sanwo-Olu said.

“We can see the figure adding tens of billions in dollar revenue to our country and to our state and to the host community in taxes and revenue,” he said.

I want to use this opportunity to assure the private players in this project, investors, intending investors, communities and residents, of the commitment of the Lagos State Government to the development of the road infrastructure serving the new port.

“This is very, very important for Lagos State and also it is very important that I categorize here the deep sea port as a gateway for Nigeria. So Nigeria now through this maritime road can build with the Chinese Belt and Road Initiative. I think that is very, very critical for Nigerian commodities to go to the international market,” said Cui.

The new port has two container berths, which can berth the world’s largest Panamax cargo ship.

Wu Di, the deputy general manager of China Harbor Engineering Company expressed optimism about the impact the port will have.