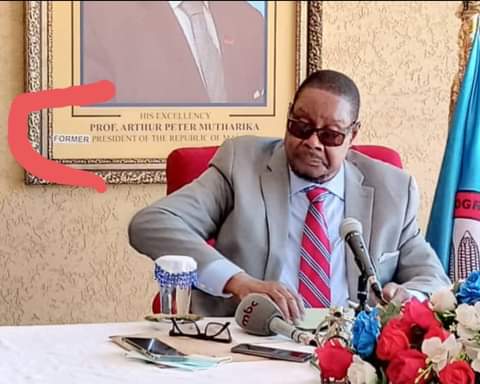 Listening to an interview of Professor Peter Mutharika on the Voice of America channel, it is not wrong to conclude that the former president is considering to stand again in the 2025 presidential race.

First, he said traditional leaders had an audience with him where they expressed their vehement support for his comeback. They urged him to stand again so as to revamp the ailing economy mismanaged by the current regime.

Second, he still considers that the court ousted him out of power through what he termed as a judicial coup. The Constitutional court went ahead to nullify the presidential elections while admitting that irregularities did not affect any presidential candidate votes and there was no evidence of rigging.

Third, Prof. Peter Mutharika wishes to finish some uncompleted projects which the current regime is struggling to finalise.

Fifth, having served one term, Prof. Peter Mutharika is eligible to stand again to complete his second term.

Sixth, any bonafide and eligible citizen of Malawi can vie for the position of the president. This is in accordance with the Malawi Constitution.

Seventh, there is no age limit in our constitution on those who want to aspire for presidency.

Eighth, there is a political tradition that any political leader who announces his intention to stand for presidency is trumped up with criminal charges. Is it surprising now that the Director of Public Prosecution has revamped a case of albino killings on Mutharika now?

Peter Mutharika and Heatherwick Ntaba were named in the albino killings many years ago. Why didn’t they interrogate them even soon after relinquishing power?

We saw how the police quickly moved in to arrest Dr. Dalitso Kabambe soon after being earmarked as a DPP torchbearer in 2025 elections. Why is Kabambe’s case moving at a snail’s pace? Don’t they have tangible evidence?

One also wonders why is President Chakwera hiding a report on albino killings. Social media was once awash with pathetic news that one of Reverend Dr. Chakwera’s bodyguards was found with albino bones? Very mind boggling!!!

We therefore request both President Chakwera and Prof. Peter Mutharika to release the report now.

Malawians are entitled to know the truth behind the albino killings now.

Ninth, the moment Prof. Mutharika announces his bid for presidency, that would be the end of squabbles in the party. Traitors would be known and some will most likely leave the party in peace.

Tenth, the tangible indicator that Prof. Peter Mutharika will stand again is that he announced at Mlakho wa Alhomwe gathering that he would have stood again if the constitutional court had nullified the 2020 fresh elections. It is therefore not flabbergasting to note that Prof. Mutharika was reluctant to accommodate the notion of holding an early elective convention for the party.