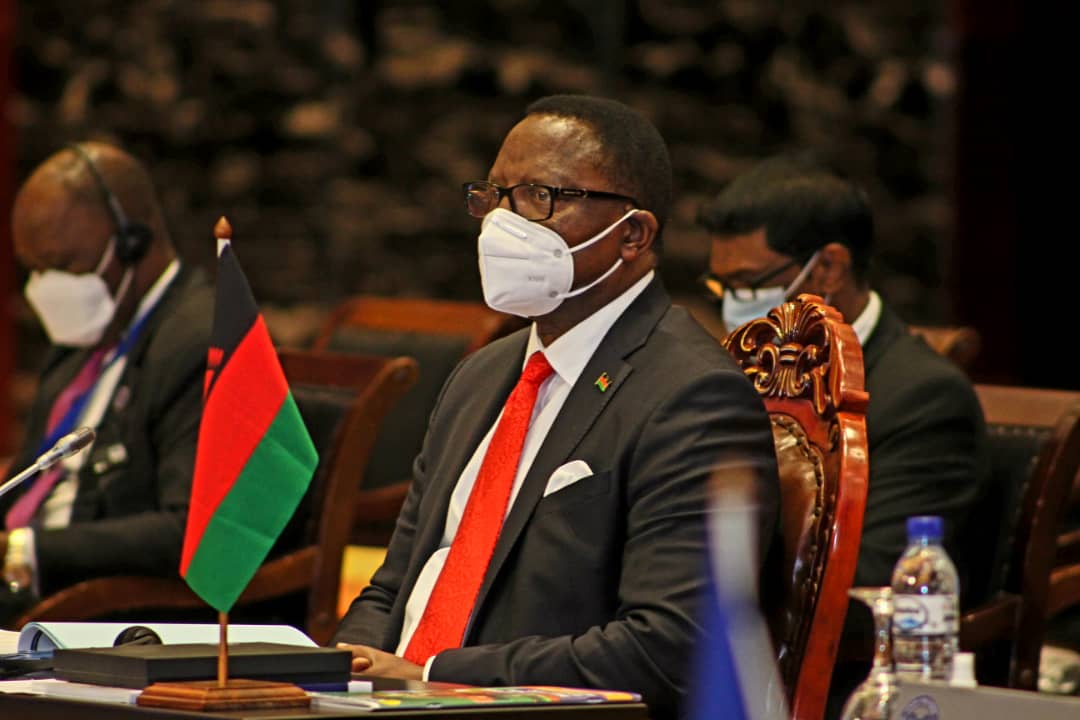 LILONGWE-(MaraviPost)-Wonder shall never end on Malawi President Lazarus Chakwera’s ascendancy to the Southern African Development Community (SADC) chairmanship that members suspect him to advance his pro-Israel agenda in conflict with the bloc’s policy which opposes opening embassies in Jerusalem.

The Tonse Alliance administration plans to establish a Malawi embassy in the disputed city, a move that attracted a dose of criticism from the international community and SADC.

Sadc has a history of opposing opening of embassies in Jerusalem and criticised the United States of America (USA) for doing so.

In a statement issued on May 16 2018 SADC said: “The relocation of the USA embassy sets back previous efforts by the international community to secure the inalienable right to self-determination by the Palestinians and has potential to bring about a religious-based conflict in the Middle East region.

Despite growing opposition, including from Palestine itself, and with Malawi set to take over the SADC leadership in August this year, the government is still working to open the embassy.

In an interview on Monday, Foreign Affairs Minister Eisenhower Mkaka said the process has been delayed by political and technical challenges.

“But let me say, we will continue implementing the decision to open an embassy in Israel,” he said.

He explained: “Malawi is a sovereign State and it is free to do trade relations with any country it wants. Again, the problem with the SADC stand on Israeli and Palestine conflict is that it is a policy that lacks enforcement mechanisms to bar countries from acting contrary.

“As for Chakwera’s pro-Israel agenda, in my view, it is based on his Christian values as he is a Christian, and a pastor. Whatever reason is behind his pro-Israel stance, he is not restrained by SADC to open an embassy in Jerusalem.”

However, political policy pundit Sheriff Kaisi has rebuked government for sustaining plans to open an embassy in Jerusalem at a time it is set to take over the Sadc leadership mantle.

“Malawi has to go back to its table and redraw issues to do with foreign policy. SADC itself is against anything to do with opening embassies in Jerusalem and seeing that Malawi wants to open an embassy in Jerusalem is confusing,” he said.

Kasisi further said the argument that Malawi is a sovereign country and, therefore, bound to make independent decisions cannot hold.

“Sadc, of course, has no legal mandate to stop Malawi from opening an embassy in Jerusalem. However, what we need to realise with all rationale is that Malawi cannot work in isolation. There’s a reason that SADC was established, and Malawi subscribed to its principles.

“It is not only SADC which discourages recognising Jerusalem, which is no-man’s land, as Israeli capital. Malawi, as it takes over SADC leadership, must learn to dance to the international tune,” said the political science lecturer at Blantyre International University.
Palestinian President Mahmoud Abbas last year also protested Malawi’s plans to open its embassy in Jerusalem.

In a letter to Chakwera, sent through his special envoy Hanan Jarrar, Abbas warned: “Any step taken to establish a diplomatic mission in Jerusalem constitutes a violation of relevant United Nations resolutions.”

The Palestinian envoy said Jerusalem is still a disputed territory and urged countries “that have established diplomatic missions at Jerusalem to withdraw such missions from the Holy City”.

Jarrar said the UN Security Council Resolution 476 (1980), recently reaffirmed by Resolution 2334 (2016), does not recognise any action that seeks to alter the character and status of Jerusalem.

Chakwera has been justifying his foreign policy decision as not new as during the Kamuzu Banda administration, the country also had diplomatic ties with Israel.

Malawi’s decision follows that of former United States president Donald Trump who recognised Jerusalem as Israel’s capital and moved the embassy to the city, breaking the long-standing diplomatic practice.

Israel regards Jerusalem as its eternal capital, but Palestinians want the East part of the city which was seized during the 1967 Middle East war, as part of a future State.

President Chakwera is currently in Maputo Mozambique to attend the Extraordinary 40th SADC Heads of State and Government Summit.

President Fillipe Nyusi of Mozambique is the current SADC chairperson.