SEX AND THE BIBLE 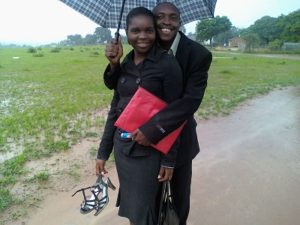 Maybe not fit in Christian perspective as many think where I beg to differ. I may not have  good a reason for the view I hold but let me share you the bad the reason I have. I pray you won’t be bothered if ask you to think a bit. In the Garden of Eden, Genesis 1 and 2 and then 3 is a familiar story and much debated book and chapter per say. We are told after God created man (Adam) he was lonely and so lonely. God then said I will make him a suitable helper and in that attempt, all the beasts of the land were made and Adam was given charge and responsibility to name them.

That is why today you call a dog, dog and goat, goat. However, the bible says, but no suitable helper was found fit for him. Then God puts man into a deep sleep and performs the first surgery, ooops! Operation. Removing one rib, God formed another being with similar but different structures as that of the first being, the man. When the man woke up from his deep sleep, many pastors say, God presented the new being to Adam. It could be out of excitement, or happiness, or joy that he managed to produce the first ever romantic words of appreciation, and of course that makes us conclude that this new being was indeed his suitable helper. By saying this is “bone of my bone, flesh of my flesh” and saying that in presence of God who gave the new being to him, it might have a thousand stories to tell which he only managed to tie them all in those words bundle, BONE OF MY BONE, FLESH OF MY FLESH.

What makes it all a matter of issues is what Adam called this being. A WOMAN. And gives a good and un-debatable reason by saying, “BECAUSE SHE MADE FROM A MAN.”

Hold on a moment, I am still trying to justify my bad reason of sex, so don’t forget.

Immediately after uniting the two, God, the creator gives them the mandate to multiply and fill the whole world like sand of the sea. And shortly in the proceeding chapter of genesis we read that Adam knew his wife. Other versions simplify it by saying, Adam lay with his wife, and she conceived.

I hope you are still thinking. Think again like this; God commands the newly united couple to multiply before sin entered the world. And we all know that this was to be through sexual intercourse. SEX. Paul in book of Hebrews 13:4 says Marriage is honorable, and the bed undefiled: … Most bible students, critics and scholars have made people believe that Paul was against women making others conclude that he wasn’t married. I take no stand on that neither do I comment on it, I simply take and treat the bible as whole as an inspired word from God despite it having some personal views of the specific person in question.

So the Bible, Gods inspired word says marriage is honorable and the bed undefiled… relating marriage with the bed, it will be senseless and crazy separating MARRIAGE from SEX. If you think, I have gone too far the topic then you are wrong because I haven’t even started yet. Continuing with the verse we read that,” …BUT WHOREMONGERS AND ADULTERERS GOD WILL JUDGE.” This gives us a second aspect of SEX. While it is a God given gift for married people who God join together as husband and wife, it is a sin outside marriage, which calls for Gods judgment.

Most Christians have searched the bible to questions such as how do it, and when to do it? Maybe they have been disappointed that they didn’t get what they were looking for or how they wanted it to be presented in the bible, but SEX is SEX and it has to be SEX. Let’s get this from the bible, “… What? Know ye not that he which is joined to a harlot is one body? For two, saith he, shall be one flesh.” “The wife hath no power of her own body, but the husband: and likewise also the husband hath not power of his own body, but the wife.” “There is a difference also between a wife and a virgin. The unmarried woman careth for the things of the Lord, that she may be holy both in body and in spirit: but she that be married careth for things of the world, how she may please her husband.” 1 Corinthians 6:19, 7:4,34.

Wow! So the bible has it right on sex matters. I like this and I love this. The two are one flesh… that’s sex. You don’t have control over your own body, but your spouse is…that’s sex. The virgin must take care of her body to maintain it holy unto God…that’s abstaining till marriage. The wife must care of the world to please her husband…that’s sex. It’s all about sex and sex and SEX.

Men, married men do talk. Or I say husbands do talk. This is what they said one time:

Husband 1: Men, I have been faithful to my wife since we met, and I still wish I could be, but I can’t take anymore.

Husband 2: Why? You have such a wonderful wife. You have all you need, why cheating on her?

Husband 1: I am starving men. Almost 4 weeks without sex now. And every time I need sex I have to beg. I feel she doesn’t have feelings for me anymore.

Husband 2: But… you guys are so close and its apparent your love is still burning

Husband 1: From the look of things outside the package, yea we are, but the truth is we are not. We pretend to be, but since she started denying me sex, we are growing distant apart, and I… i…

Husband 2: I understand you. It’s really hard but you can talk to her about it.

Husband 1: I already did. Several times but there is nothing happening. She gives excuses like; am tires; am not your sex machine; and it irks me. Can you just imagine, sometimes I feel shy and afraid making sexual advances towards her, and feel so creepy?

Husband 2: that typical of wives. Mine told me that all I think about is sex and sex alone. Since then, I lost feelings for her. My sex drives are being directed to different direction. It’s just unfortunate that the bible doesn’t condoned cheating even if we have good reasons for that. But you are a good man, and cheating won’t be any solution.

Husband 1: And you know what? What these people do not know is that other ladies are selling their bodies just for money and they don’t mind how many times they get it. To make matters worse, they are much prettier and attractive, and it becomes difficult for sex-hungry ravens like me to resist these street night vampires. But I thank God I have been to walk past through them.

Husband 2: you, now what lacks in most ladies is the skill to keep the love at home burning. They claim they love us, but only end up hurting us the more. Let me tell you what. I only have sex with my wife when she feels like having it. Yet a certain girl has been seducing me, even to the point of inviting me home for sex. I also wonder for how long should I resist her.

Husband 1: (breaks into laughter) so it’s like while you are resisting someone, your wife is resisting you. Hahahahaha

Husband 2: it’s crazy and sometimes I think my wife is seeing someone else that why she doesn’t feelings for me. After all, how can she justify her actions? What reason does she have to deny me, her husband sex?

Mmmmm! It was a long talk but at least I have managed to share you something worthy thinking about.

You deny your partner sex, you force them to seek it outside the marriage cycle, they contract the STI, bring home the disease and you both suffer. In this regard, who is guilty?

Maybe this illustration will do. You plant a fruit tree on an acidic soil. The seed germinates and grows into a tree getting adapted to the condition. The tree bears fruits and upon testing the fruits, you find them sour. Who is to blame? The tree? The fruit? Or the gardener? Be wise ladies. The effects of your selfish actions go beyond the bedroom walls. It’s devastating and barely reversible.

The society has witnessed a number of divorce cases most of which have preventable causes. Imagine lying on bed next to a naked wife or husband who has gone without sex for weeks and being denied sex. Isn’t this domestic abuse? I personally hate it when the term “domestic abuse” is used, people turn their attention to men. It hurts me to see men getting abused and the world in the name of gender equality and equity goes silent on them. Maybe, because most men suffer in silence in the name of being a man. No wonder the nation registers high suicide cases for men than women.

I recall the words of the Pastor who officiated my wedding during one of the counseling sessions. He turned to my wife to be, now my wife and said, “Please, my dear daughter, I am saying this tears in my eyes, never deny your husband Sex.” With a keen ear, and of course because I have always loved counseling sessions, I listened to him explain how different men are from women, and how important sex is in marriage. I thought it would end there, but he turned to again and said, “My son, women are different from men. Understand your wife with love and give her the best. Forcing her to give you sex won’t make you a man neither will it make a better husband.”

Colossians 3:18. Wives, submit yourselves unto your own husbands, as it is fit in the Lord.