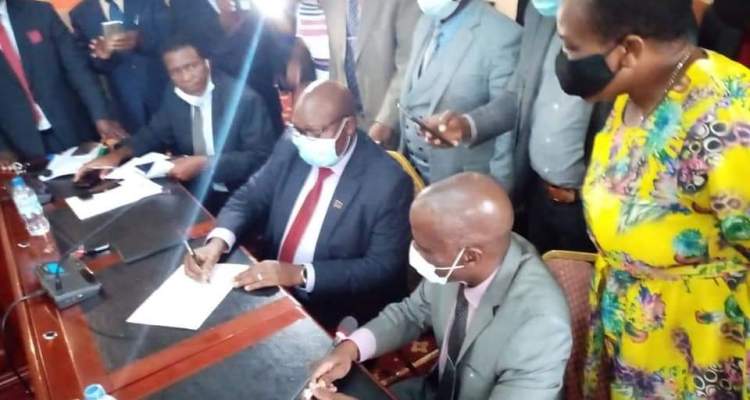 MZUZU-(MaraviPost)-Teachers Union of Malawi (TUM) has given government seven days to respond to its demands, else it will resume the recently suspended stay away which teachers in the public schools in the country held for two weeks.

In a memo dated March 24, 2021, the teachers’ union has indicated that the decision to resume the industrial action has been born following government’s response that the Presidential Taskforce on Covid-19 does not support the resolution of providing teachers with the appropriate cash equivalent to Personal Protective Equipment for a period of three months.

Confirming the development, TUM President, Willie Malimba, said as teachers, they feel government lacks seriousness as it finds itself in a self contradictory state; since two weeks ago, during a meeting which was held on 8th March 2021 at Parliament Building, government agreed that teachers should be provided with a cash equivalent to the Personal Protective Equipment (PPEs) that it intended to procure for them and it committed to do the calculations and later advise TUM on the actual figure within one week after the said meeting.

However, contrary to the said communique, the Acting Secretary of Education requested TUM; through a letter dated 12th March 2021 to come up with the figure. And so, TUM finds this gesture from the government to be dishonest.

Meanwhile, government has not yet responded to the TUM’s memo.

For two weeks, teachers in both public primary and secondary schools in the country and lecturers from Teacher Training Colleges (TTCs) were on a stay away demanding government to employ more teachers and erect tents and drill boreholes at all schools as one way of decongesting classrooms but also giving them risk allowances against the deadly Covid-19 pandemic.

Richard Kayendahttps://www.maravipost.com
I hold a bachelor's degree in languages obtained from Mzuzu University. Since 2016, I have been working for Maravi Post as a reporter of local news; particularly from the Northern Region of Malawi. My main news areas are politics, business, sports and many more. Besides reporting, I also write news analyses on current affairs just to share informed opinions on news that matter in Malawi. By now I have a five year practical experience in online news reporting and I look forward to growing more professionally while raising the bar of Maravi Post; in order to make it a household name, as we keep our readership informed, edutained and updated on a daily basis.
RELATED ARTICLES
Agriculture