Tinubu: The Man Flexing In Borrowed Robes By Kennedy Emetulu 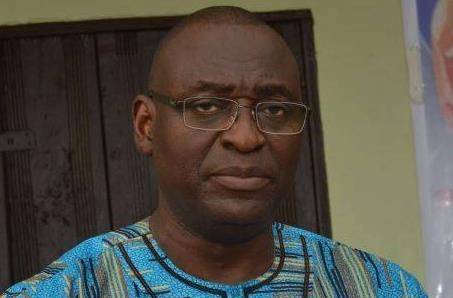 This is not a biography of the man we know as Bola Ahmed Tinubu, but a small observation about certain aspects of his life. This fellow reputed to have been a ‘houseboy’ to the famous matriarch of the Tinubu family of Lagos rose to be a Senator of the Federal Republic of Nigeria and a two-time Governor of Lagos State. Today, he wants to be President of the Federal Republic of Nigeria.

This would have been a most inspirational story for these times, except that the man behind the story is a shady leech who cannot rise above his original lowly mental station, despite all the wealth of Croesus, albeit acquired crookedly. Only a man with a psychological baggage from a dark childhood would, in the name of political campaign, curse followers of another party to labour fruitlessly “till death” just because they are members of the Labour Party. But if you have a history of want, a history of greed, a history of graft, those who believe in hard work will always be threats.

His name, Bola Tinubu is reputed to be the name of a niece of his borrowed mother, which he adopted upon using her name to get to the US on a forged passport. He claims to have attended a primary school that never existed and a secondary school whose authorities and old boys disown him because he was never there. He lied about his work as an accountant and how much he was paid, just so he could ‘launder’ money that he actually got from drug dealing into public consciousness. He was in cahoots with Sani Abacha and the Chagoury clan as he pretended to be on MKO Abiola’s side during the struggle for the restoration of the June 12 mandate. He rode on the back of his lies to the Lagos State Government House and then sold the Afenifere, his political base, down the river, while he used Lagos taxpayers’ money to build a self-serving political structure that put Lagos in bondage and which he thereafter used to buy thrones for political minions all over the South-West and momentarily in Edo State. He fortified his rise to power with boulders of lies to the extent that he couldn’t publicly attend his real mother’s funeral in Iragbiji, Osun State just so he could continue the façade of being the son of the Tinubu matriarch of Lagos.

In 2018, he criminally seized Osun State for his nephew, Adegboyega Oyetola to govern as governor as Nigerians watched in disbelief. He thereafter launched bullion-van attacks on the consciousness of Nigerians as he moved heaven and earth to return Muhammadu Buhari to Aso Rock preparatory to him succeeding Buhari in 2023. When the battle for the 2023 presidential ticket of his party reached the business end, he, the sickly presence on the floor of the convention, bought fellow contestants and delegates wholesale and clinched the ticket. At that point, his reputation as a legendary political strategist was sealed.

Then Sir Isaac Newton heard and said to the forces of nature: “Hold my beer!”, but Ekiti gubernatorial election came and Tinubu’s candidate won. Wow! A man so strong as to defeat gravity must be a god! His minions all bowed again to Bola Parkinson. He was on a roll.

But he can’t dance. That’s his real problem. In Osun, what was on show was a dancing contest and all Tinubu has is stolen money. He spent it, sprayed everywhere and everyone, but he still can’t dance. Then Ademola Jackson Adeleke danced! He danced from Apomu to Ipetu-Ijesha, from Ejigbo to Igomina and from Ila-Orangun to Ifetedo and Osun people marvelled at the dexterity of his footwork and rewarded him with victory. To the chagrin of the man from Iragbiji, Adeleke is today the Governor-Elect. The hapless Oyetola has gone for a full body massage somewhere. It was a gruelling battle.

Now, Nigeria stares Mr Iragbiji in the face. He has borrowed Muhammadu Buhari’s electoral status in the North and garbed his own supposed status in the South-West – the honour-worshipping South-West he believes he has cowed with thugs and money. He’s prancing around, pounding his cute chest, like Pa Ikhide, and shouting: “E gbe kini yi wa! E mi lo kan!” But in seven months, this bat will be roasted on a live NEPA wire and no one will see its remains. That is the warning. But like a dog that has since become deaf to the hunter’s whistle, Amoda Lamidi Sangodele is too far gone to retreat. He is going to huddle together with his spin-doctors and bagmen and distribute more money to near and far-flung places where the din of sycophancy would once more buoy his confidence as he marches resolutely to his tragic political end.

Hey! You heard it here first. This is a Greek tragedy in slow motion. You don’t need a ringside seat to watch it live. Just sit in front of your television when he bleeds his tears. Not long again, not long….