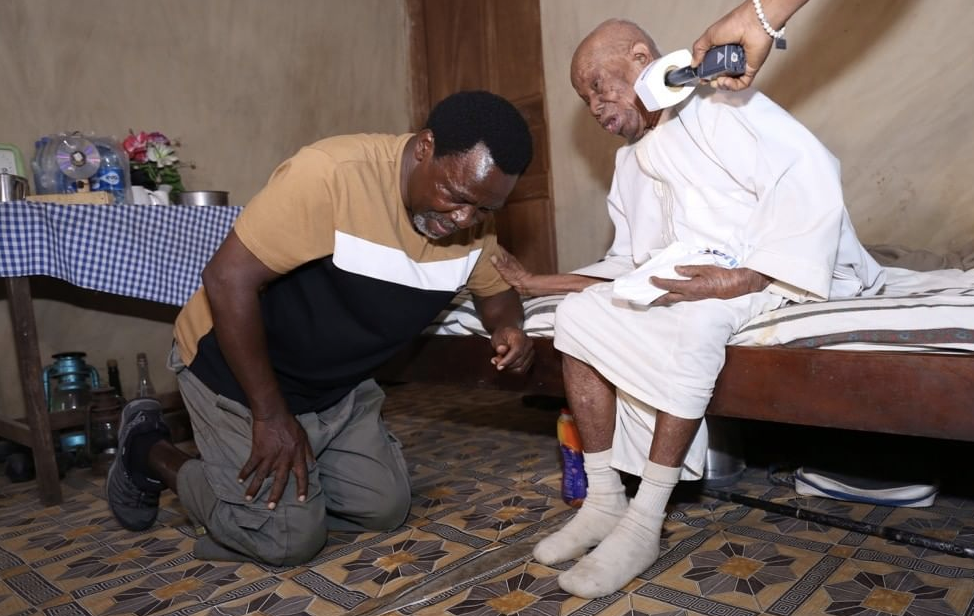 A video showing popular Nigerian cleric TB Joshua visiting and financially supporting elderly people in a rural Nigerian community – who astonishingly said they are over the age of 150-years-old – has gone viral.

The clip, which has been viewed over 150,000 times in less than 24 hours, was published to Joshua’s YouTube channel Emmanuel TV late on Sunday 26th January 2019.

“Viewers, we should see giving to others as an assignment from God because that only comes to God that comes from Him,” Joshua states in a short address before he is shown entering several homes in a rustic setting accompanied by one of his daughters.

“It pleases God in His mercy to bless you with long life,” Joshua says to one of the super-centenarians who said he was over 150 years old, before giving the elderly man N100,000.

Gifts ranging between N100,000 to N200,000 were given to all the aged people he encountered, with Joshua kneeling to receive the heartfelt prayers they offered for him in appreciation.

“You will conquer all evil. You will overcome. You will not lose the Kingdom of God,” one of the senior citizens prayed for Joshua, with tears streaming down his face after receiving the gift, which he promptly kept underneath his mattress.

“What I am concerned about is the youth; please pray for them,” pleaded another supercentenarian who said he was 127 years old, adding that he prayed for Joshua three times daily and the world was in the ‘end-times’.

The clip clearly struck a chord within viewers online, many admitting it moved them to tears and inspired them to equally reach out to elderly ones.

“I feel so emotional watching this,” commented Dr. Njipay Sophon on YouTube. “Tears are coming out of my eyes and I feel like I need to do something for others.”

Others hoped clergymen would follow in Joshua’s footsteps, singling out the ‘humility’ of his actions.

“As a pastor you need show the example of what you are preaching,” wrote Iko Jankasa on Facebook in response to the video. “It’s not about just making noise in the church.”

According to official statistics, the oldest living person is 117-year-old Kane Tanaka from Japan although there are cases of several elderly citizens in rural areas of Africa who say they are significantly older.

Emmanuel TV’s YouTube channel is the first ever Christian ministry platform to surpass 1,500,000 subscribers on the popular video-sharing website.

Ihechukwu Njoku is a freelance writer based in Lagos, Nigeria

Ihechukwu Njoku
Ihechukwu Njoku is a freelance journalist based in Lagos, Nigeria who specialises in penning stories related to religion.
RELATED ARTICLES
Lifestyle