HomeRegionalWitch Camps and Politics of Witchcraft Accusations In Ghana
Regional

Witch Camps and Politics of Witchcraft Accusations In Ghana 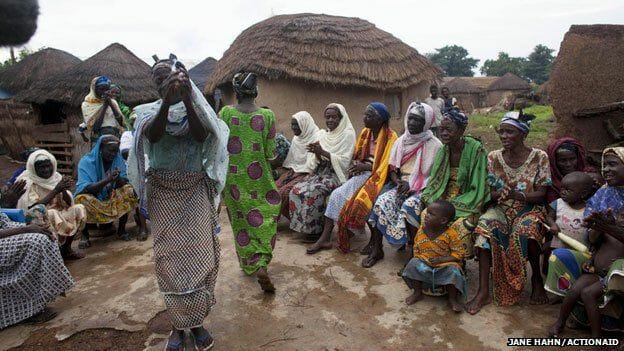 The Advocacy for Alleged Witches(AfAW) urges state actors in Ghana to desist from playing politics with refuge centers for alleged witches, otherwise known as witch camps. AfAW is making this appeal following a declaration by a local politician Kennedy Agyapong from the New Patriotic Party. Mr. Agyapong noted that he would close down the witch camp if he were elected the president of Ghana. He said: “Give me two weeks when I become a President, I will go to Yendi and close down all those witch camps. People capitalize on that to beat old women or force young children to admit that they are witches when they are not”.

This statement demonstrates crass ignorance of the problem of witch persecution in Ghana. AfAW agrees with Mr. Agyapong that witchcraft accusation is unjustified and provides a pretext to abuse and violate the aging population. Witchcraft suspicion has been used to get children to confess to unimaginable crimes. However, the solution to the problem is not to close down these havens for victims.
In addition, Agyapong attributed pervasive cases of witchcraft accusations in Ghana to poverty. He said: “Are you dumb? What is witchcraft? It’s just poverty. Let’s build the people up and stop these kinds of witchcraft camps. It’s insane”. Again, Agyapong is on point. Witchcraft accusations are rooted in poverty and destitution. Victims of witch persecution are usually poor members of society. Those who populate the witch camps are persons in weak socio-cultural positions; they lack the means and mechanisms to fend for and defend themselves. Now the question is: How is shutting down these camps the answer to poverty in the region? Will forcing those camping in these places to return to their communities end economic difficulties in Ghana? In recent years, there have been attempts by the government of Ghana to disband the witch camps in the northern region. These attempts have not yielded any positive results.

At the moment, witch persecutions rage in the communities. Witchcraft accusation is form of death sentence across the country. Ghana needs these witch camps to contain this problem, and tame this wild phenomenon. Those who take refuge at these make-shift shelters are victims. They are persons fleeing persecution, mob attacks, violence, and threats to their lives. Shutting down these safe havens constitutes double victimization of these innocent persons. State actors should refrain from toying with the lives of these vulnerable members of the population. Instead, they should play a politics that guarantees, not jeopardizes, the safety, humanity, and dignity of alleged witches in Ghana.

Leo Igwehttps://www.maravipost.com
Leo Igwe (born July 26, 1970) is a Nigerian human rights advocate and humanist. Igwe is a former Western and Southern African representative of the International Humanist and Ethical Union, and has specialized in campaigning against and documenting the impacts of child witchcraft accusations. He holds a Ph.D from the Bayreuth International School of African Studies at the University of Bayreuth in Germany, having earned a graduate degree in Philosophy from the University of Calabar in Nigeria. Igwe's human rights advocacy has brought him into conflict with high-profile witchcraft believers, such as Liberty Foundation Gospel Ministries, because of his criticism of what he describes as their role in the violence and child abandonment that sometimes result from accusations of witchcraft. His human rights fieldwork has led to his arrest on several occasions in Nigeria. Igwe has held leadership roles in the Nigerian Humanist Movement, Atheist Alliance International, and the Center For Inquiry—Nigeria. In 2012, Igwe was appointed as a Research Fellow of the James Randi Educational Foundation, where he continues working toward the goal of responding to what he sees as the deleterious effects of superstition, advancing skepticism throughout Africa and around the world. In 2014, Igwe was chosen as a laureate of the International Academy of Humanism and in 2017 received the Distinguished Services to Humanism Award from the International Humanist and Ethical Union. Igwe was raised in southeastern Nigeria, and describes his household as being strictly Catholic in the midst of a "highly superstitious community," according to an interview in the Gold Coast Bulletin.[1] At age twelve, Igwe entered the seminary, beginning to study for the Catholic priesthood, but later was confused by conflicting beliefs between Christian theology and the beliefs in witches and wizards that are "entrenched in Nigerian society."[1] After a period of research and internal conflict due to doubts about the "odd blend of tribalism and fundamentalist Christianity he believes is stunting African development," a 24-year-old Igwe resigned from the seminary and relocated to Ibadan, Nigeria
RELATED ARTICLES
Development