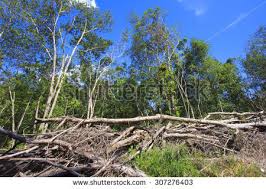 MANGOCHI-(MaraviPost)-The Mangochi first grade Magistrate court on Monday convicted and sentenced 12 Mangochi men with MK50,000 each in default of 24 months with hard labour for being guilty of land encroachment contrary to section 64 (d) of Forest Act.

According to Mangochi police station publicist Amina Daudi the court heard that on July 28, 2017 at 1300hours Justen Kauwa of Mangochi Forestry department jointly with other law enforcers from Police and National Parks and Wild life conducted patrols in government protected area at Namizimu forest in Mangochi.

Daudi said in the process they found the above mentioned accused persons settled in the forest, destructing vegetation and destroying government natural forest using prohibited tools and weapons like axes, hoes, pit-saw and panga knives. Eventually, the suspects were arrested and also seized their weapons and after appearing in court, all accused persons pleaded guilty as charged.

When passing judgement his worship first grade Magistrate Ronald M’bwana slapped each of them to a sum of K50.000 fine in default 24 months l.H.L in order to serve as a lesson to other would be offenders for encroaching into the prohibited area.

“Meanwhile only two people amongst them paid the fine and the rest are in Prison after failing to pay,” said Daudi.

Like it? Share it!
Tempers flare during Nsanje District Council meeting < Previous
Mutharika presides over Community Technical College first graduation  Next >
Recommended stories you may like: