You are here: Home » Regional » 153 children rescued from slavery in Ghana

153 children rescued from slavery in Ghana 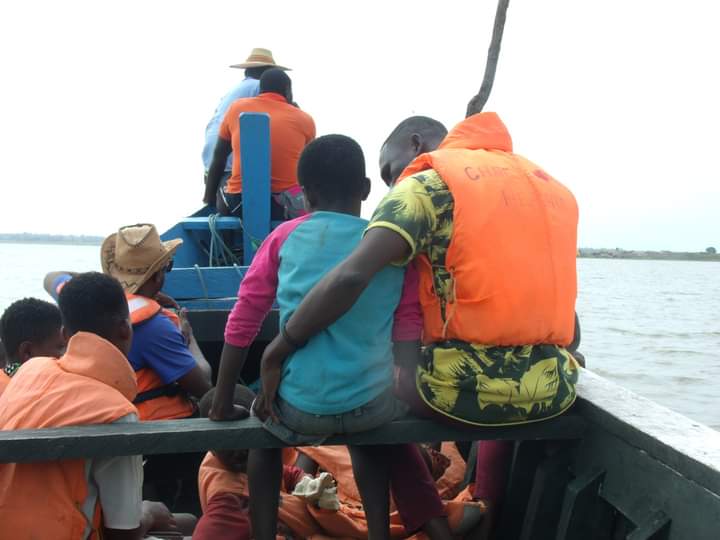 
A total of 153 children trafficked into forced labour and domestic servitude in Ghana have been rescued.

This brings to over 1,700 the total number of children rescued by Challenging Heights, an NGO in fishing communities in Ghana since its establishment in 2003.

President of Challenging Heights James Kofi Annan is particularly worried that the global community might not achieve the 2030 target of elimination of child trafficking and modern slavery in all its forms.


“The COVID 19 pandemic has eroded the gains made in the sector, and worsened the vulnerabilities of women and children, making it difficult to predict when communities could rebuild resilience against slavery.

Our evidence show that the climate crisis presents a horrifying new threat to the freedoms of people who are already at risk of modern slavery”, he said.

Mr. Annan observed that the disruptions in the education system occasioned by COVID 19, and its associated school closures, long vacation periods, and the uncertainties in the school re-opening for basic and secondary education system are fostering childrens vulnerabilities to trafficking.

He also identified the lack of access to medical care which is further deepening the vulnerabilities of victims of trafficking and abuse.

“As the Ghanaian government readies itself to draft a new National Plan of Action against Human Trafficking, Challenging Heights is calling for policy reflections on the newly identified risks such as COVID 19 pandemic, as well as the linkages between slavery and climate change.

There is also the need for policy reforms within the national health insurance scheme, to address abuse-related illness. We are also advocating for the effective implementation of the domestic workers regulation (2012), and are urging local and district assemblies to enact by-laws to regulate the activities of child domestic workers, as child domestic work has been identified as a breeding ground for trafficking and exploitation of children”, he noted.