You are here: Home » Opinion » 2023 Presidential Election: The Feast Of Fools By Bayo Oluwasanmi

2023 Presidential Election: The Feast Of Fools By Bayo Oluwasanmi

Poverty, terrorism, hunger, violence, chaos, killings, make for tantalizing fiction. Nigerians, what do you do when that drama is everyday reality around you?

Nigeria was founded on representative democracy. It has devolved into a country where tyrants rise to power, citizens blindly follow, and the entire country is in ruins. Ancient Greek philosophers saw this and warned against it: “Chaotic tragedy unfolds in the absence of reason.”

Some candidates have begun the sales pitch for campaign. Same script. Same actors. Same propaganda. Same audience. They are going about like a crowd of children insulting Nigerians with ipakere (plantain chips), iru, ogiri, fura and nunu, with a head waiter’s condescending smile. Our democracy is an oligarchy distinguished by tyranny that can be likened to that of the “prosperous fools.” Money is the only faith of the candidates and they seem to be saying “there is nothing that it cannot buy.” 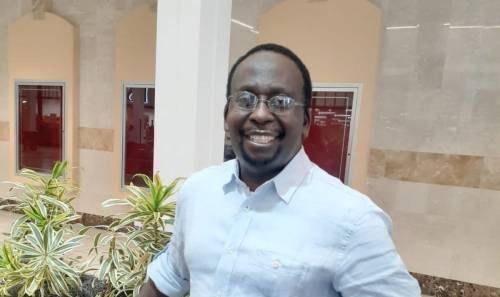 It is for lack of words, we keep referring to 1999 Constitution as a fraudulent document. It’s more than that. It’s a poison. A manual of slavery and servitude for Yorubas.

The 1999 Constitution makes our heartbeat skips, slows our pulse, and chills our blood. The 1999 Constitution remains the only pre-existing condition for failure and collapse of Nigeria. No one can govern Nigeria successfully with the 1999 Constitution. With the Constitution, Nigeria will remain an ungovernable Afghanistan, a lawless Somalia, and a killing field of Haiti. We are not going to conduct elections. We are going to carry out electrocution of Nigeria as one country. Nigerians are gearing up for the explosion and implosion of the country. Break up is inevitable. It’s imminent!

Like it? Share it!
Athens residents enjoy snowy day on the foothills of the Acropolis < Previous
South Africa Julius Malema one word on Chakwera; “Failure” Next >
Latest News from Maravi Post
Recent Posts: The Maravi Post