The African Development Bank’s Executive Director for Angola, Namibia, Zimbabwe and Mozambique has ended an official visit to Angola, noting  progress in the oil-rich nation’s reforms to stabilise and diversify the economy.

During the visit which took place from 20 -21 July 2022, Dr. Judith Kateera engaged with government officials, visited projects and took stock of the African Development Bank’s support to national programs in Angola.

Kateera met with the Minister of Finance and the Bank’s Governor for Angola, Vera Daves de Sousa and Minister of the Economy and Planning, Mário Caetano João, to discuss significant macroeconomic improvements made by Angola in the past two years. During discussions they analyzed the performance of Bank-financed projects and outlined steps for the Bank’s further engagement in support of Angola’s national development plans.

Kateera visited the Kwanzas market in Luanda, to appreciate the activities of formalization of Micro, and Small Sized Enterprises (MSSEs) co-financed by the African Development Bank and other development partners under the Government of Angola’s flagship Programme for the Requalification of the Informal Economy (PREI). To date PREI has formalized over 240,000 MSEs, of which over 60% are women-led, through outreach efforts in markets and areas of trade and production. The program offers a one-stop shop in easily accessible locations for services of registration, social security, advice on compliance with the simplified fiscal framework for micro and small enterprises, training for basic accounting and financial literacy as well as access to credit lines.

“I am impressed with the efforts of the government of Angola in creating a more diversified economy and to support micro-businesses. I am particularly pleased with the strong gender impact of this initiative and pleased that the African Development Bank has been supporting these efforts,” Kateera said at the end of her visit to the Kwanzas market.

Minister Daves de Sousa said: “We are pleased that this visit confirms the strong partnership between the government of Angola and the African Development Bank, which remains a preferred provider of development finance and expertise to accelerate Angola’s development”. 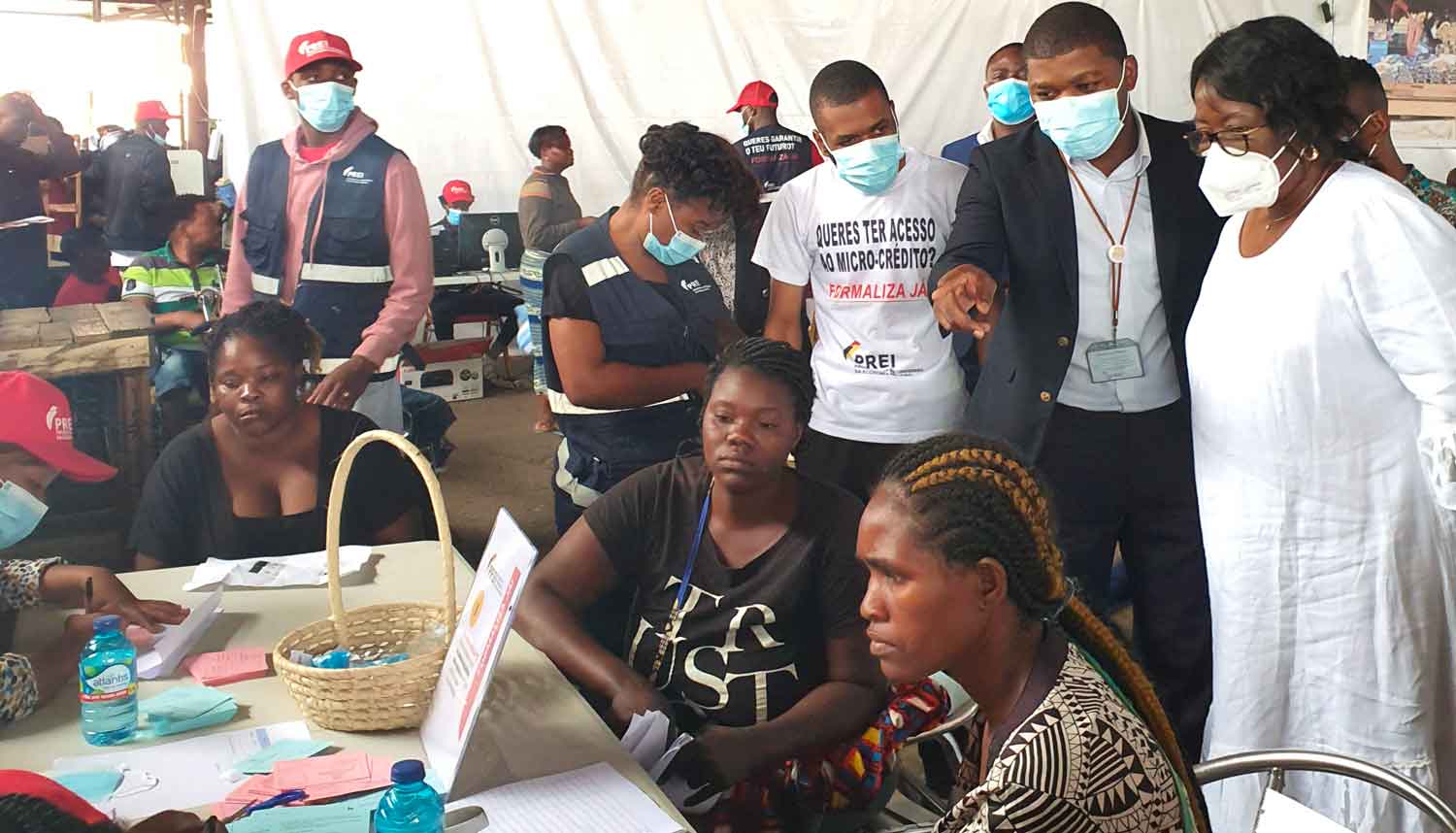 Also during the visit, Kateera presented Minister Daves de Sousa with the African Finance Minister of the Year 2022 award. The award, organized by the African Banker magazine through the vote of an independent committee of industry experts, is traditionally announced during the African Development Bank Annual meetings. The committee awarded the 2022 Best African Finance Minister category to Hon. Vera Daves de Sousa “for her stand-out work in restoring stability and market confidence to her country”.

Commenting on the award, Kateera said: “This deserved prize highlights the impressive results achieved by the government of Angola and Minister Daves in bringing down public debt to a more sustainable level, reducing borrowing costs and implementing significant reforms to increase the transparency and efficiency of the public finances”. She pointed out the significant reduction of public debt FROM 131% of GDP in 2020 to 61% today, as well as the successful issuance of Eurobonds reducing total borrowing costs as examples of clear results achieved in a very short time span.

Angola has been a shareholder of the Bank since 1977. The African Development Bank in Angola has a portfolio of $1.05 billion distributed across four its High Five priority areas: Power Africa (44%), Improve the quality of lives for the people of Africa (31%), Feed Africa (17%) and Industrialize Africa (8%). Its operations focus on five sectors: Power, Agriculture, Social, Finance, Water & Sanitation.
Source African Development Bank Group

Like it? Share it!
African Development Bank Group President strengthens partnership with Morocco < Previous
I Too Remember (Going Down Memory Lane With Oladipupo Adamolekun At 80), By Niyi Osundare Next >
Latest News From Malawi
Headlines From: The Maravi Post