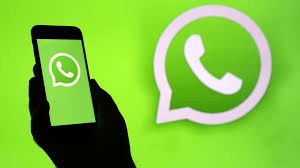 LILONGWE-(MaraviPost)-A 38-year-old woman in Lilongwe has been ordered to pay a MK50,000 fine for spreading fake news about a rape suspect.

The woman identified as Irene Chisulo Majiga, has been fined by the Lilongwe Magistrate Court.

Deputy Publicist for Kawale Police Mabvuto Phiri said that the court heard that on March 15, 2021 the accused published false voice note about a certain suspect who is on remand answering defilement charges.

State Prosecutor, Humphreys Makhariha told the court that in her voice note that went viral on social media,Majiga claimed that the suspected rapist had been released dubiously.

The Malawi Police through its Cybercrime Unit investigated the matter and arrested Majiga.

Appearing before court, Majiga pleaded guilty to the charge leveled against her, which is a contravention of Section 60 (1) of the Penal code.

In his submission, Makhaliha asked the court to impose a stiff penalty on Majiga, arguing the tendency of sharing false news on social media is increasing and it creating public unrest.

Passing the sentence, Chief Resident Magistrate Patrick Chirwa concurred with the state and ordered Majiga to pay the fine or in default, serve a 1-month jail term with hard labour.

Majiga has therefore paid the fine.

The Complete Guide to Maintaining Solar Panels Everything to Know