You are here: Home » Opinion » Buhari’s Pyramids of Deceit and Shame By Usman Okai Austin

Buhari’s Pyramids of Deceit and Shame By Usman Okai Austin

Often times, I have told Nigerians that the Buhari led APC government is the greatest political heist and sham that has ever occurred in Nigeria’s checkered history. Yet, some Nigerians believe that I am just politicking and bad-mouthing President Muhammad Buhari’s APC government simply because I belong in the opposition. Far from that, as I am known by many within the ranks of PDP as one that espouses truth, transparency and accountability when it comes to governance and public affairs; no matter who is involved.

I have had reason to take on certain personalities and characters in my own party whose actions and utterances I considered inimical to public interest. Therefore, whenever I draw public attention to the many shenanigans of this current government and the visionless APC contraption, let it be known that I am talking based on facts and empirical evidences. For example, we currently have a President that is a hostage of his inabilities and frailties on which his  many shylock lieutenants and advisers are feasting gluttonuously. And to justify their continuous ‘leechy’ stay in corridors of power, they continue to manipulate the President and Nigerians into believing their endless wicked lies and deceits all in the name of governance. Meanwhile, the ship of State remains adrift and now heading ominously toward total economic collapse and complete socio-political immolation.

Yet, APC’s desperate politicians and jobbers would have us believe all is well. The latest ‘abracadabra’ that these bunch of political tricksters of President Muhammad Buhari have orchestrated is the dubious ‘rice pyramid’ scheme meant to showcase the rather abysmally failed agricultural policies of the APC government. By this, the Federal Government went about nooks and crannies of Nigeria to mop up a few available bags of rice produced by local farmers. These they complemented with foreign rice that was smuggled into Nigeria that were re-bagged to resemble local rice. 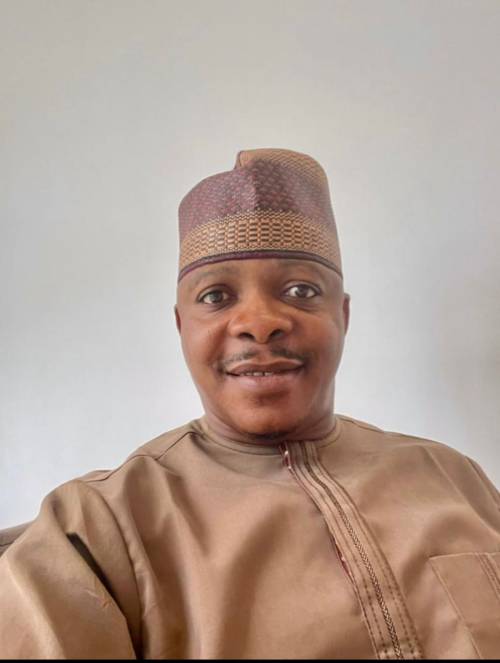 These are the sources of the so-called rice pyramids. One can better appreciate the sheer unseriousness of this government in the face of debilitating hunger and pervasive insecurity in the country through Similarly, a video that is trending on social media about rice pyramids that were built around the carcasses of a wooden buildings in certain APC led South-Western States. I won’t be surprised if same deceit was employed around the Abuja rice pyramids. Overs, nothing can be more banal than this dubious rice pyramid scheme of President Muhammad Buhari’s APC government that is already at dead ends of governance and ways of assuaging the many social ills it has created for itself and innocent Nigerians.

I particularly chose to label the current shambolic rice pyramids oh his government ‘pyramids of deceit and shame.’ Wait a minute and let me ask this question that swelled in my head  while beholding the shameful rice pyramids, what purpose do rice pyramids serve to millions of hungry Nigerians that currently can hardly afford a decent meal in a day? And are bags of rice meant to be stacked in order to construct pyramids by APC’s political curators for the viewing pleasure of hungry Nigerians or rather for their pots to appease their stomachs that are churning from the hunger in Nigeria? It is commonly said that a drowning man will grab any floating object that comes handy; including a feather.

This is what Buhari’s APC government is doing knowing fully well that the end has come for his party certainly. This government with tacit support of APC has succeeded in deceiving Nigerians for over 6 years now. But Nigerians have now seen their naked lies and deceits openly in the market square. They have nowhere to hide anymore neither will the propaganda they bandied against PDP to sneak into power tenable anymore. The PDP has not been in power ever APC duped Nigerians into believing it will save Nigeria from all its woes and therefore no longer in position to cause the country’s current woes. Perhaps, that is why they have resorted to building false pyramids.

Let those that love this country whisper to the APC that it should quit the deceit and lying games that it is currently playing and face governance seriously. Let it try to salvage whatever modicum of integrity and conscience it has left anywhere and save Nigerians further suffering and insults. This is because the day of reckoning will be here very soon when the electorate will return APC’s insults no doubt!

Like it? Share it!
Cybersecurity in the context of expanding digital financial services < Previous
Chukwuma Soludo: Time To Rebuild Igbo Politics, By Uche Ugboajah Next >
Latest News from Maravi Post
Recent Posts: The Maravi Post