You are here: Home » Regional » ECOWAS lifts sanctions on Mali and Burkina Faso 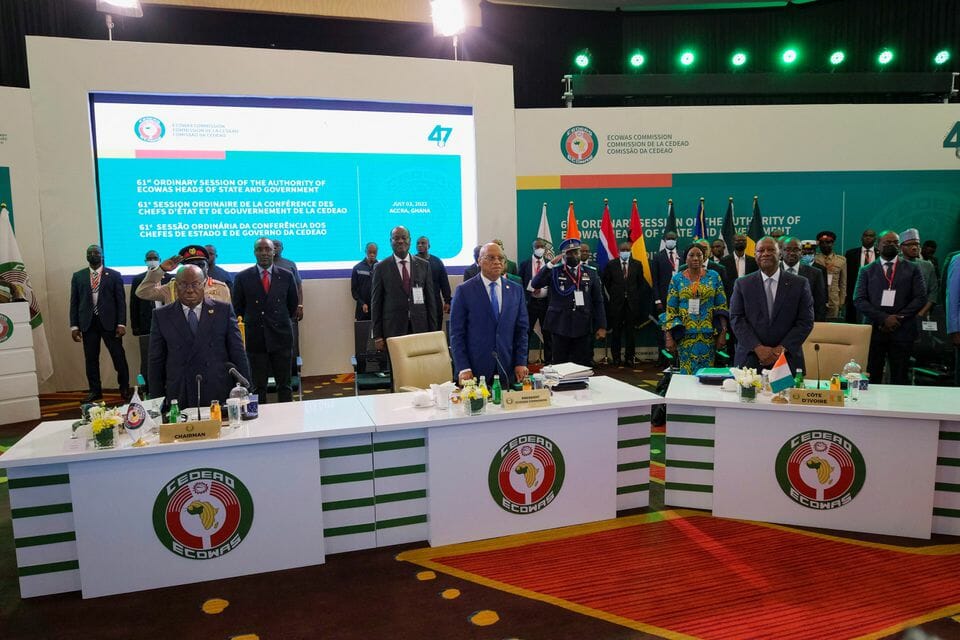 West African leaders have announced the lifting of economic sanctions on Mali amid progress by the coup leaders there to transition into civilian rule.

At their summit in Ghana’s capital, Accra the ECOWAS leaders expressed happiness at the new time table presented by Mali following months of negotiation.

The ECOWAS envoy to Mali, the former Nigerian President, Goodluck Jonathan recommended for the lifting of sanctions, something the heads of state agreed to.

Mali per the new timetable will have to hold elections in 2024. ECOWAS Commission President Jean Claude Kassi Brou told journalists in Accra that the sanctions will be lifted immediately.

Borders with Mali will reopen and regional diplomats will return to Bamako.


“However, the heads of state decided to maintain individual sanctions, and the suspension of Mali from ECOWAS, until the return to constitutional rule,” Kassi Brou said.

The individual sanctions targeted only members of the ruling junta and the transitional council.

Meanwhile ECOWAS leaders also accepted a proposal from the soldiers in Burkina Faso to restore constitutional order in 24 months after a proposed 36-month transition was earlier rejected.

Economic and financial sanctions on Burkina Faso were also lifted, he said.

A three-year transition proposed by coup leaders who seized power in Guinea in September was however rejected.

The Guinea’s junta has now been asked to propose a new timeline by the end of July or face economic sanctions.

The heads of state also appointed Benin’s former president Yayi Boni as a new mediator and urged the Guinea junta to work with him and quickly propose a new timetable.

“Beyond that, economic sanctions will be imposed,” Kassi Brou said.

Like it? Share it!
West African bloc studies sanctions for coup-hit states < Previous
Aftermath of missile strikes in east Ukraine’s Kramatorsk and on Sloviansk market Next >
Latest News From Malawi
Headlines From: The Maravi Post