You are here: Home » Lifestyle » Aftermath of missile strikes in east Ukraine’s Kramatorsk and on Sloviansk market

Russia claimed on Sunday to have captured the strategic Ukrainian city of Lysychansk and the entire frontline Lugansk region as a mayor said six people were killed by Russian shelling to the west. The gains claimed by Russia would mark a decisive breakthrough for Moscow’s forces seeking control of eastern Ukraine, more than four months into their invasion and after turning their focus away from the capital Kyiv. Shelling in Kramatorsk, the administrative center of Ukraine’s Donbas region, left a scene of wreckage and destruction. Kramatorsk was hit for the second day in a row by Smerch rockets, according to its mayor Oleksandr Goncharenko. He says the strikes, which hit a residential area and an unoccupied hotel, caused no casualties. The aftermath of Russian shelling in the eastern Ukrainian city of Sloviansk shows a market destroyed by numerous rocket launchers. The attack from troops advancing on the city killed six people, including one child, according to mayor Vadim Lyakh. 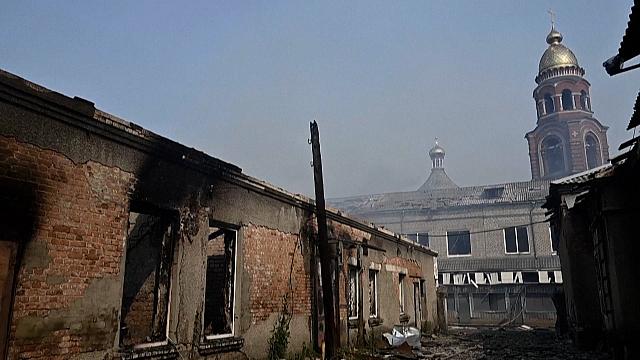 Like it? Share it!
ECOWAS lifts sanctions on Mali and Burkina Faso < Previous
World Bank Board Approves New Fund for Pandemic Prevention, Preparedness and Response (PPR) Next >
Latest News From Malawi
Headlines From: The Maravi Post