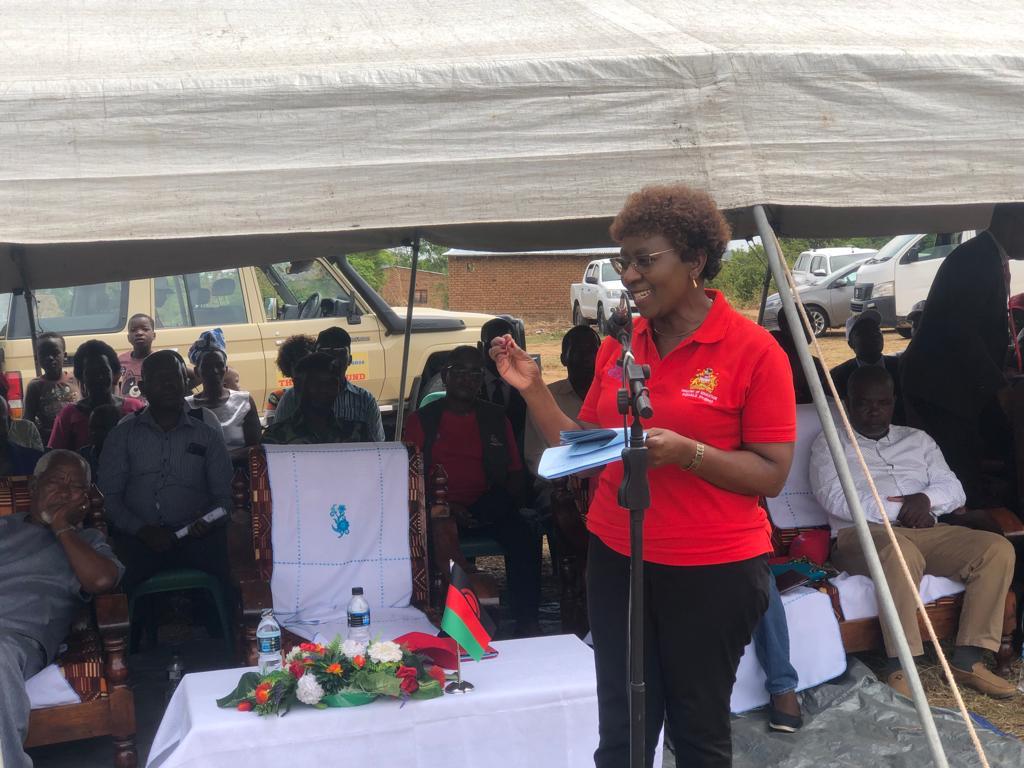 MZUZU-(MaraviPost)-The Minister of Education, Agness Nyalonje, has condemned indiscipline in schools saying it is detrimental to the development of education in the country.

Nyalonje was speaking at Wilore Community Day Secondary School in Karonga where she officially launched the upgrading and expansion of 103 day secondary schools in the country under the Equity with Quality and Learning at Secondary (EQUALS) project.

Most of the schools to be upgraded and expanded are CDSSs in 13 education districts in rural Malawi out of the country’s 34 education districts. In these schools, the project will enable construction of classroom blocks, twin science laboratories, ICT/Library blocks, pit latrines and associated external works.

Speaking at the official site handover to Shilpa Construction Company at Wilore CDSS, Nyalonje said the project will improve the teaching of Mathematics and Science subjects in all the 103 schools.

“It means by October 2023, 6,500 more learners will have access to secondary education more than we have now.

“It also means that we will improve our teaching of Mathematics and Sciences and teachers will be working using the right tools and our expectation as a Ministry is that with these resources, performance of learners will go up,” explained Nyalonje.

On the issue of discipline, the Minister said rules and regulations should be followed in schools.

“Students know what is wrong and what is right. They also know what will happen if they break school rules. But what is worrying is that when teachers or the Headteacher takes action on indiscipline of a student or students, the rest of the students stand up in support of the individual that has broken the rules.

“Bullying of Form one students has become a serious case now. This should not be happening. Parents and guardians should inculcate values in their wards. We should all play a role in bringing up responsible citizens for the country,” added Nyalonje.

Traditional Authority Kilupula of Karonga District said he was happy with the project at Wilore CDSS.

“I am very happy with this EQUALS project and two schools in my area are beneficiaries. A secondary school is supposed to have a laboratory for easy learning of Science subjects.

“We have to be tough in disciplining our learners because if we don’t, more and more property will be destroyed in our schools,” he said.

Headeacher of Wilore CDSS, Anastanzia Chitete, told Maravi Post that most of the CDSSs in the country lack materials for learning Sciences.

“Through this project, students will be to access books from the library and do practicals in the laboratories. Our learners were walking a long distance to do practicals during MSCE Examinations at Kaporo CDSS but with this, practicals will be done right here,” she explained.

According to the Minister, the schools will also be given textbooks and government will continue to look for resources so that every other school that lack such facilities should get them but everything is happening step by step.

Contractors in all the 103 sites have been given 10 months to complete construction works.

This means all the work should be through by October, 2023.