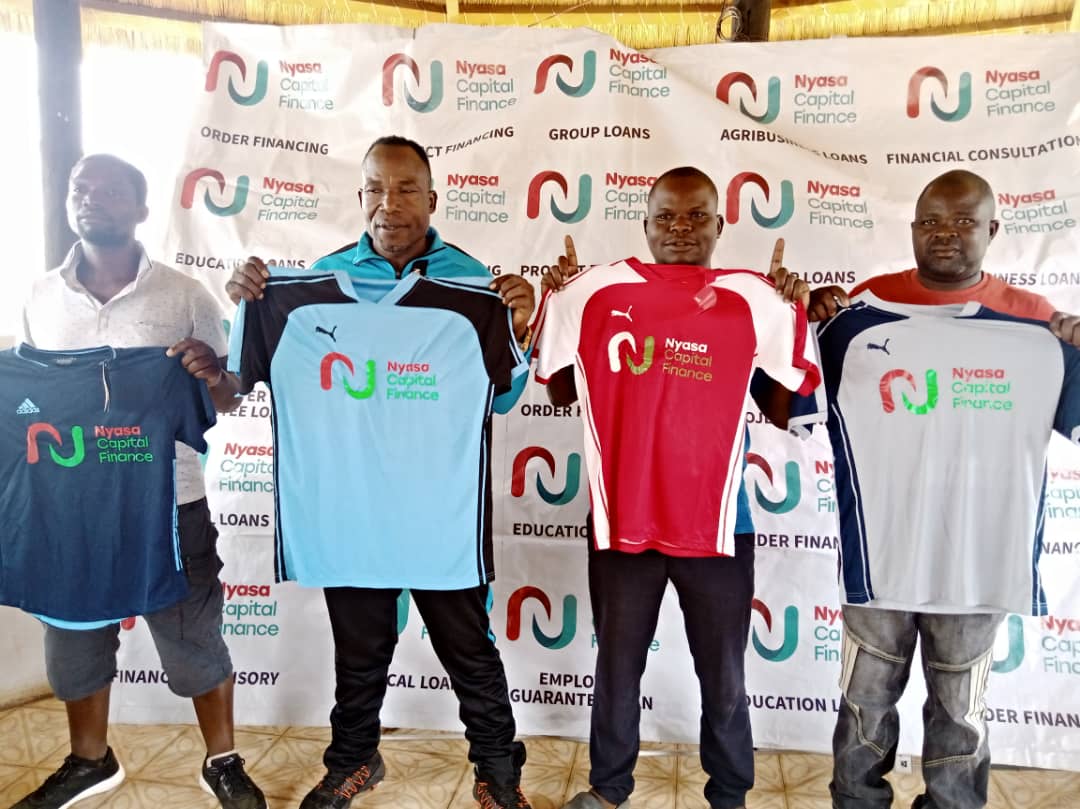 One of the Directors at Nyasa Capital Finance, Ronald Chiwaula said their company is business minded one hence coming up with the regional cup to help in developing football and nurture hidden talents in the country.

“We have dressed the teams today for our visibility as micro finance company since there are other people who do not know about us.With this, our brand will grow beyond our expectations.

“Teams involved in this cup are from rural areas hence the brand will easily reach people out there. Let me hail CRFA for running the cup in a professional manner since we have not heard anything like violence as the cup is coming to end. As sponsors we are happy for them”, Chiwaula said.

Fred Kandulu, team manager for Extreme FC, who are currently leading the table with 9 points from 4 games and have high chances of winning the cup this season said as a team they are happy that finally their dreams of having a new kit towards the end of the season has turned into reality.

“It has been our dream to finish the remaining cup games in a new uniform since the one we are using is too old and no longer in good shape. Special gratitude to the Sponsors Nyasa Capital Finance and CRFA management for coming up with such motivating surprise.

“This will ignite morale amongst the players and supporters. Extreme is grabbing this cup no doubt”, Kandulu joyfully said.

He has then appealed to all the teams to observe discipline and avoid violences to safeguard the sponsorship.

The cup is expected to finish before December end.

Both teams have remained with two games to wrap up the cup, Extreme FC are expected to play against St Gabriel Medicals FC and Kawinga FC.

The winner of the MK8.3 million cup will get the sum of MK1.5 million.