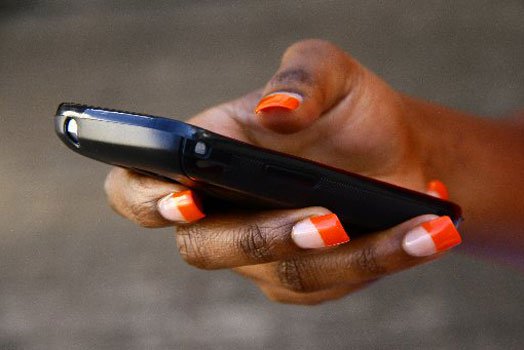 The Ghanaian government has given a March 2022 deadline for all mobile network subscribers to re-register their SIM cards or risk having them blocked.

Citizens though can only do this re-registration using a Ghana Card, whose acquisition is still ongoing. Millions of Ghanaians still do not have the cards yet.

The ongoing re-registration by the telecommunication companies though has been characterized by long queues and frustration amid delayed and cumbersome procedures.


The campaign dubbed, #NoCallsDay took place from 6:00am GMT to 12noon GMT and was expected to be joined by over 7,000 mobile network subscribers who have signed an online petition against the registration exercise.

The group called Concerned Mobile Network Subscribers which is leading the campaign said any attempt to force citizens to re-register their SIM cards or get them blocked violates their property rights.

“The ‘No Calls Day’ boycott on 8th February would be the first in a series of national boycotts to protest the current inhumane process of re-registration of SIM cards.”

“There is no law in Ghana that requires Ghanaian mobile network subscribers to “re-register” their SIM cards,” the campaigners said in a statement.

The SIM card re-registration exercise is an illegality – Prof. Raymond Atuguba explains how and invites Ghanaians to participate in #NoCallsDay protest on Tuesday, February 8.#3NewsGH pic.twitter.com/SXdnpTJ2r6

What are the demands?

The campaigners said “if the NCA and the MNOs fail to heed these demands, we shall, starting Tuesday, 8th February, 2022, begin the first of a series of planned boycotts until the rights of customers to be treated with dignity, are respected.”

Like it? Share it!
Ghanaian journalist jailed for making claims against President < Previous
“Chakwera is abusing his Presidential powers on ACB”-Chihana Next >
Latest News From Malawi
Headlines From: The Maravi Post