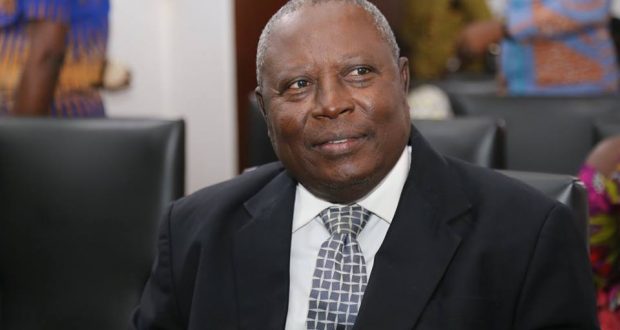 
Ghana’s Special Prosecutor for corruption, Martin Amidu on Monday resigned from his position.

Mr. Amidu believes he hasn’t been given that freedom and independence to operate.

The anti-corruption campaigner wants the president to “appoint a replacement to that position as required by law.”

In 2018 President of Ghana Nana Akufo-Addo appointed Mr. Amidu as the country’s first ever special prosecutor whose prime duty will be to investigate and prosecute corrupt public officials.

The former attorney general was highly considered by many at the time to be very independent and a strong character.

But the same year of his appointment Mr. Amidu accused government officials of stifling his effort to fight corruption.

He said the public back-lash that greeted his recent corruption risk assessment on a government sanctioned deal called the Agyapa Royalties Limited Transactions finally forced him to quit.


“The reaction I received for daring to produce the Agyapa Royalties Limited Transactions anti-corruption report convinces me beyond any reasonable doubt that I was not intended to exercise any independence as the Special Prosecutor in the prevention, investigation, prosecution, and recovery of assets of corruption. My position as the Special Prosecutor has consequently become clearly untenable,” the statement said.

In the past few months, Mr. Amidu has come under scrutiny with many faulting him for doing little to fight corruption.

Martin Amidu is a member of Ghana’s opposition party, the National Democratic Congress (NDC), making the appointment at the time historic in a country where most appointments are made on partisan bases.

Like it? Share it!
Desperate South Africa Govt to seize Prophet Bushiri’s centurion property < Previous
Governance progress in Africa has slowed in recent years Next >
Recommended stories you may like: