Protests have taken place in the affluent Italian town of Civitanova Marche after a Nigerian immigrant was beaten to death in full view of the public with no on helping him.

Alika Ogorchukwa’s widow, Charity Oriakhi, has seen a video of the attack which has been widely circulated:

“I saw the video, just when the boy was strangling hard, very, very hard. My husband was struggling.

“The boy was strangling him to death. No, that boy, I don’t know what my husband did to him. I don’t know.”

Police arrested a suspect but immediately ruled out a racial motive for the attack on Alika; who was a local street vendor with a history of mental illness.

Charity Oriakhi says “I was there, I saw those people wearing white clothes. Normally, if I saw them in the news, in television, they are carrying dead people.

“I saw this report, they are carrying dead people. ‘Where is my husband?’ I said.   I saw him dead, already dead.”

Black Italians are now demanding the authorities recognise the role race played in what happened to Ogorchukwu.

But locals have been internationally condemned for not intervening.

Fabiana Anselmi, from Milan, says the fact no one tried to stop the attack is the most shocking element.

“Any comment is superfluous because, beyond the extreme action of a person that maybe wasn’t in full possession of his mental abilities, which is something the prosecutors will investigate, the most shocking aspect is the total absence of an intervention by the people watching and doing nothing,” she says.

The Nigerian government has condemned Ogorchukwu’s death and the country’s Foreign Affairs Ministry urged Italian authorities to “bring the perpetrator of the heinous act to book without delay.” 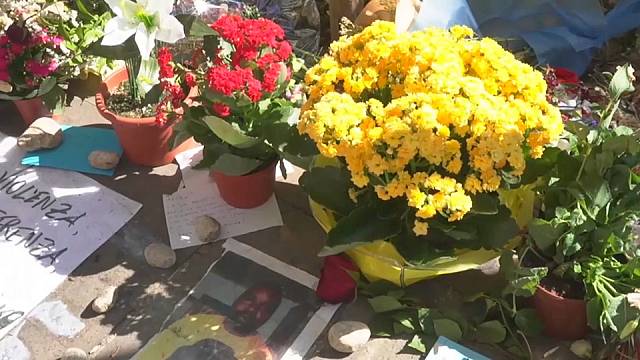 Like it? Share it!
Southern Africa’s unexpected ski resort in Lesotho is proving popular < Previous
From the Field: Outreach across the Horn of Africa Next >
Recommended stories you may like: