You are here: Home » Regional » Lionel Messi to leave Barcelona due to ‘financial obstacles’

Lionel Messi to leave Barcelona due to ‘financial obstacles’ 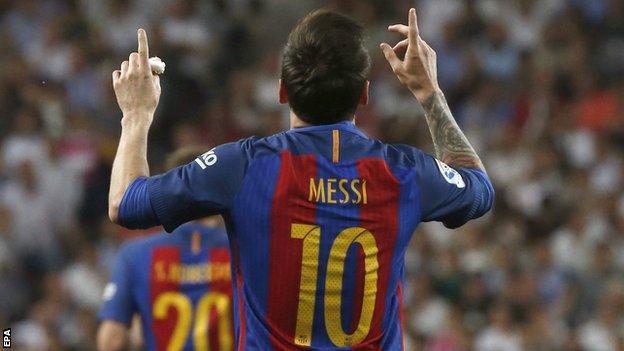 
Barcelona football club has said that star player Lionel Messi will not be staying at the club “because of financial and structural obstacles”.

Messi who is 34 years has been a free agent since July 1, 2021 when his contract expired.

The player agreed a new deal on reduced wages with club two weeks later, but Barca had to sell players to afford his salary.

Lionel Messi wanted to stay at Barcelona on a deal until 2026 which included reducing his wages to half of his previous salary.

The announcement was however dependent on player departures that would allow Barca to fund the Argentina captain’s wages.

“Both parties deeply regret that the wishes of the player and the club will ultimately not be fulfilled,” the club said.

LATEST NEWS | Leo #Messi will not continue with FC Barcelona

Lionel Messi is considered one of the greatest players of all time. His stats at the club include:

Like it? Share it!
#Malawi’s Covid-19 Update, August 5, 2021: 537 new cases, 19 deaths < Previous
Four million Nigerians face hunger over insurgent attacks Next >
Recommended stories you may like: