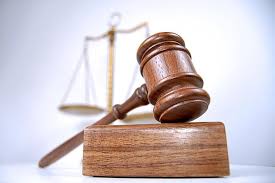 Kenneth Wisdom Ng’ambi, a 29 year old man based in Malawi’s evergreen city of Mzuzu,has been convicted and sentenced to concurrent run10-years and 1-year sentences for burgling Chibavi Police Unit cop and stealing assorted household items in the process in the City.
The Mzuzu Chief Resident Magistrate pronounced the concurrent run sentences after finding Ng’ambi guilty of both counts of burglary and theft contrary to section 309 and 272 of the country’s Penal Code respectively

According to Mzuzu Police Spokesperson Martin Bwanali, the court heard that “during the night of 30-31 July 2016, Ng’ambi broke into the dwelling house of the cop (name withheld) and stole various electronic items like plasma television, radio, DVD players, iron and bicycle, all items valued at K752,000,00.”

According to Bwanali, Prosecutor Felix Senzani told the court that police detectives worked on a tip and conducted a search at convict’s house where some of the above items were found and identified.

Appearing in court, convict pleaded guilty to both counts of burglary and theft.

On convict’s own plea of guilty, Prosecutor Senzani prayed for stiffer- deterrent sentence saying convict is same who had audacity to break into Kaporo Police Unit and stole riffles.

Texious Masoamphambe, Chief Resident Magistrate for the north, expressed his dismay with the convict’s conduct over his indulgence in causing terror in communities and described him as a threat to society. He therefore proceeded to pronounce a 10-years jail term for first count of burglary and 1 – year jail term for second count of theft.Both sentences to run concurrently.

Meanwhile, the convict is also serving concurrent run 4-year and 3- year sentences after successfully got convicted of breaking into Kaporo Police Unit in the boarder district of Karonga and stole riffles late last year.
The convict hails from Mwenekaporo village in the area of traditional authority Mwenemisuku in Chitipa district.

Like it? Share it!
Malawi CSOs press Pres. Mutharika to assent to ATI bill,  law crucial to people in mining areas < Previous
Fully Funded Post Graduate Law Scholarship to study at UCLA in the USA – Applications Window Extended Next >
Latest News From Malawi
Headlines From: The Maravi Post