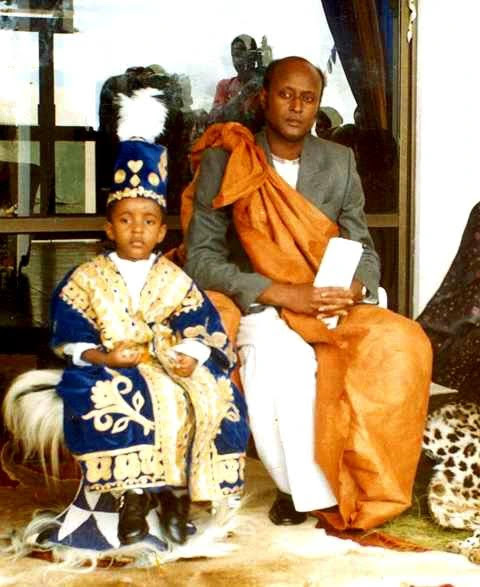 King Oyo Nyimba was a very unique child while he was young. King Nyimbo was taught how to govern over two million people as a child.

Tooro kingdom is one of the four provinces in Uganda and has been existing for about 180 years.

King Oyo is regarded as one of the greatest men in the Tooro kingdom even as he is still a child. Although his powers are limited to cultural responsibilities.

He came into the palace as the 12th king of the Tooro kingdom after undergoing a series of tests and cultural rites throughout the night.

The bishop of the Anglican church was the one in charge of the crowning ceremony of King Oyo and president Museveni was also present during the ceremony.

King Oyo stated that his mother was his greatest inspiration, and he enjoyed lifting his people out of poverty. He also wants to rehabilitate the education and health sector.

A lot of leaders have been giving him financial and moral assistance which has been helping him to be successful in the Tooro kingdom.